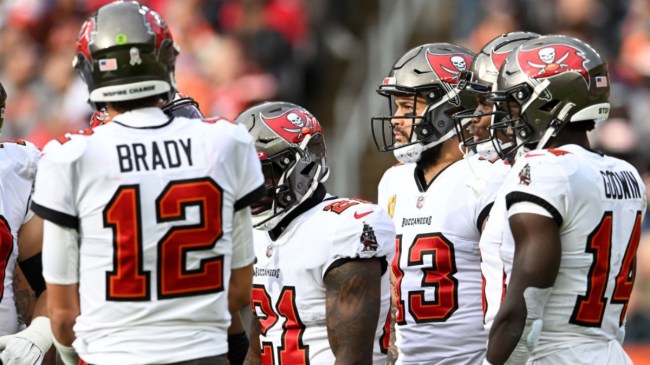 For much of the 2000s there was no debate in football that got quite as much attention as the debate over who the NFL’s best quarterback actually was.

Some fans leaned towards Peyton Manning and his impressive stats. Manning topped 4000 passing yards in 13 of his 16 NFL seasons and broke the record for single-season passing touchdowns on 2 separate occasions. He also earned 5 MVPs over the course of his career.

Others preferred Tom Brady. Brady also had strong numbers, but the biggest argument in his favor was his success in the postseason. During the timeframe that both Brady and Manning were in the league, Brady won 4 Super Bowl rings compared to just 2 for Manning.

In the 7 years since Manning retired, Brady has done a pretty good job of ending the debate, solidifying his spot as the NFL’s greatest quarterback ever with more rings and a bunch of NFL records, but it turns out that he’s been playing his past few seasons with somebody who used to fall on the Manning side of the argument.

In a recent appearance on The Von Cast, Tampa Bay Buccaneers receiver Mike Evans told Von Miller that he was actually a Peyton Manning fan growing up.

Mike Evans wasn't a big fan of TB12 when he was a kid 😅 pic.twitter.com/7GctJ6b3Xw

Brady has surely made a fan of Evans over the past few seasons. In just under 3 seasons together, Brady has connected with Evans 195 times for 2743 yards and 30 touchdowns during the regular season and they’ve made another 28 connections for 440 yards and 4 touchdowns. He also helped Evans win his first ring.

If that wasn’t enough for Brady to change the mind of his Tampa Bay Buccaneers teammate then I’m to really sure what it would take.