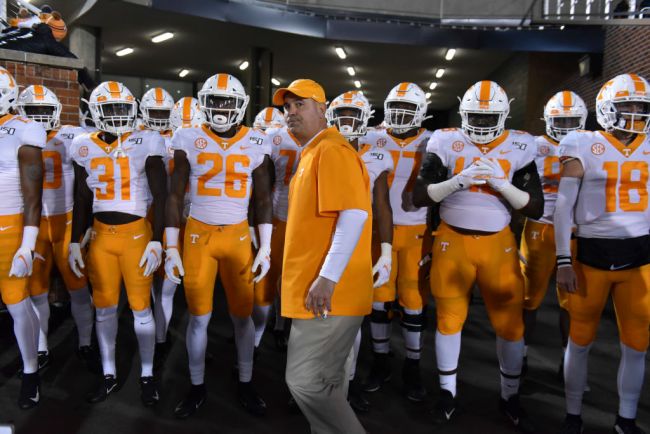 Jeremy Pruitt is reportedly out as Tennessee’s head football coach and athletic director Phillip Fulmer is retiring from his post in Knoxville, according to Yahoo Sports’ Pete Thamel and Austin Price of Rivals.

The news comes just a few weeks after ESPN reported that the program was under investigation. Compliance officials have interviewed current players, recruits, assistant coaches, volunteers, and others in the athletic department involved in football recruiting.

Blake Toppmeyer of Knoxville News-Sentinel has reported that Pruitt was fired “for cause” due to alleged NCAA violations.

JUST IN: @phillipfulmer will retire as Director of Athletics. ⬇️⬇️⬇️⬇️https://t.co/VZu4GY29hM

Just over a week ago, ESPN’s Mark Schlabach reported that the football team had paused all extensions and new hirings amid the investigation, but the Vols did hire former Auburn defensive coordinator Kevin Steele shortly after as a defensive assistant. This could be looked at as a cover move now as Steele could be a guy that could at the very least slide into an interim head coaching role.

After going 8-5 and winning the Gator Bowl in 2019, Tennessee football seemed poised to make some noise in 2020 under Pruitt, but that wasn’t the case whatsoever. The Vols went 3-7 in 2020 and Pruitt will leave Rocky Top with a 16-19 record in three seasons.

Now all the attention for Vols fans will turn to three big-time names: Hugh Freeze, Tom Herman, and Gus Malzahn.