Tennessee DB Suffers Gunshot Wound, Claims Someone Shot Him In Bar, But Report Alleges He May Have Actually Shot Himself 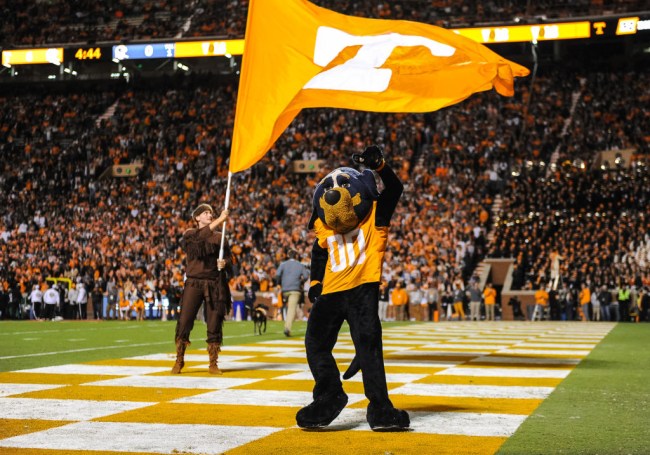 Tennessee defensive back Brandon Davis suffered a gunshot wound in his leg early Saturday morning, according to Knox News. He was transported to a nearby medical center to be treated for non-life threatening injuries.

The report indicates that the accident occurred at Uptown Bar & Grill. The sophomore was with fellow defensive back Trevon Flowers and both individuals explained that they had no idea who shot Davis or why.

“[Davis] heard a gunshot and felt pain in his leg and that he “had no idea who shot him or why.” Davis’ teammate, sophomore defensive back Trevon Flowers, told the officer he was inside the bar with Davis when the shooting occurred but that he also didn’t know who shot Davis.”

According to the incident report obtained by Knox News, police searched the bar but weren’t able to find any shell casings, blood or a single person that actually heard a gunshot. The report also suggested that multiple people claimed that Davis actually shot himself.

Officers searched the bar and did not find any shell casings or blood, and were unable to locate anyone inside the bar that heard any gunshots or who saw Davis and Flowers in the bar before the shooting. An officer overheard several people say that Davis shot himself in the leg, according to the incident report.

Those details certainly paint a unique picture of the situation and what may or may not have actually occurred. At this time it appears that there is no evidence supporting the idea that the shooting actually happened inside the bar.

It’s difficult not to draw comparisons to the Plaxico Burress incident when situations like this occur. Burress shot himself in his right thigh at a club back in 2008 when he tried to catch his gun before it hit the floor but accidentally caught it by the trigger firing a bullet into his thigh.

Regardless of however or whatever happened in Davis’ case, it’s just great news nobody suffered life-threatening injuries.