Terrell Owens Has Now Weighed In With Some Sage Advice For Antonio Brown Sooo, Problem Solved! 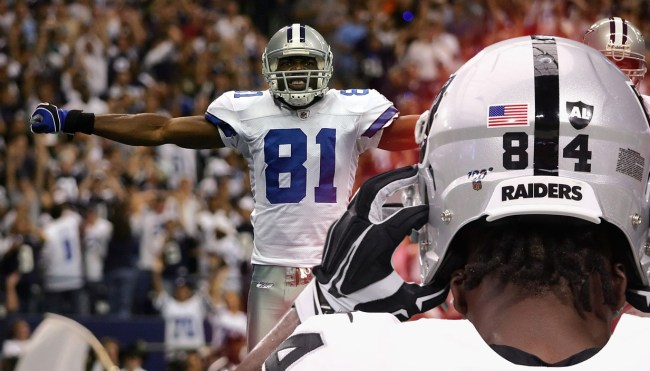 Hall of Fame diva wide receiver Terrell Owens has put in his two cents and given Antonio Brown some advice, so, FINALLY, we can put this long, ridiculous national nightmare behind us.

BONUS! Former Broncos/Dolphins/Bears/Jets/Giants/Seahawks wide receiver Brandon Marshall, who once scored four touchdowns in a single Pro Bowl, was also on hand to be the voice of reason in this trying time.

Appearing in a video for The Players Tribune, T.O. expressed a desire to sit down and chat with Antonio Brown.

“I really want to talk to him because right now… just take some steps back,” said Owens. “Whatever frustrations you have, or feelings you’re having about yourself, just step back and allow your football to do your speaking for you.”

“The game is short-lived, so humble yourself,” said Marshall.

As for whether the former Pro Bowlers think the Raiders should still keep Brown, Owens said, “I think they should stick with him. Find a way behind closed doors as men.”

Marshall, on the other hand, disagreed, “If you want to win [Brown and the Raiders] have to separate. You can’t win with that type of distraction. If he’s going to get better, okay. But if he’s going to continue this behavior, which he probably will, done.”

“If they want to win, 100 percent you can’t win with that,” added Marshall.

Got your popcorn, ready?