Terrell Owens Is Reportedly Ending His Retirement And Returning To Football 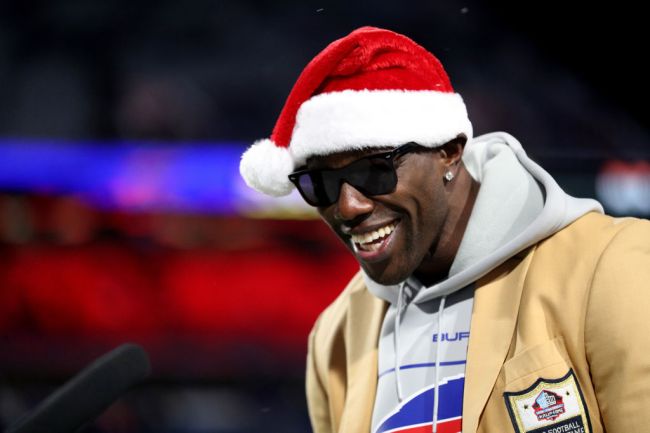 Football players in their 40s deciding to come out of retirement seems to be a developing trend these days. A couple of weeks ago we were hit with the big news that Tom Brady was reversing his retirement decision from about a month earlier. Now another NFL legend in his 40s has decided he wants to play football again.

According to a report from Reuters, Terrell Owns has decided to come out of retirement to play in the Fan Controlled Football league.

Terrell Owens, one of the greatest receivers in NFL history, has agreed to come out of retirement and will return to professional football with startup league Fan Controlled Football, a source told Reuters on Thursday. https://t.co/Ftto2J4dGN

Owens has teased a comeback a number of times since his retirement from the NFL back in 2012. He even offered his services to the Tampa Bay Buccaneers at the end of this past season after Antonio Brown left the team.

Now, he’ll move on to a new league where Reuters reports he is likely team up with a couple of other big names from the NFL’s past. They believe he will join the Zappers, a team that currently rosters Johnny Manziel and Josh Gordon.

It will be interesting to see what Owens has left in the tank after nearly a decade in retirement. During his time in the NFL he put together one of the most prolific wide receiver careers the league has ever seen.

Owens retired with the 3rd most receiving yards and receiving touchdowns in NFL history and was named an All-Pro 5 times before eventually being inducted into the Hall of Fame.

Now he’ll get a chance to show what he can still do on the football field at 48 years old.