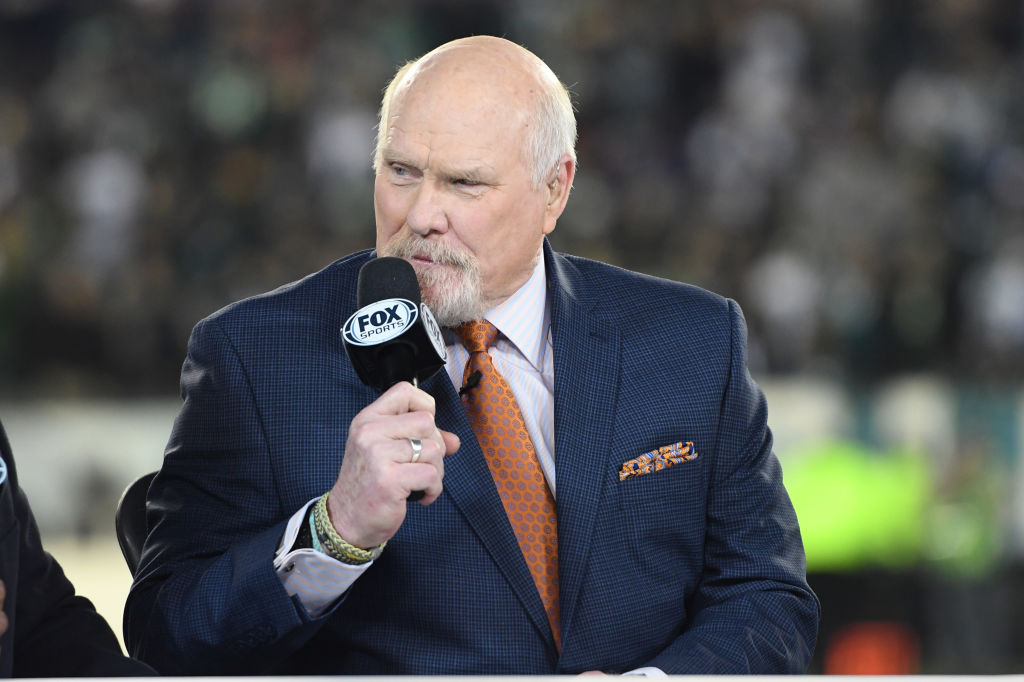 Terry Bradshaw is reacting to people talking about his health on social media.

Last week, Bradshaw went viral on social media due to the fact that he struggled to get through in-game recaps without fumbling over his words.

Fans were worried about Bradshaw’s health and questioned whether he should still be working at FOX.

Terry Bradshaw is having major problems in the post game show on @NFLonFOX It may be time for him to retire from broadcasting. Had to turn it off he was messing up so much.

Terry Bradshaw just made a whole lot of noises, but I’m not sure any of them were actual words.

Is a 29-person studio crew really necessary at this point, Fox? It hasn’t been entertaining in 15 years.

If we’re forcing Lee Corso out, Terry Bradshaw needs to go also, or at the very least stop doing highlights. Dude is trash. These NFL talking heads are mostly trash and past their prime.

Bradshaw took to Facebook Live to talk to shut down the rumors about his health. The former Steelers QB turned broadcaster revealed that he is recovering from cancer treatments but is current;y cancer free.

“People are saying that I’m sick and I’m dying, okay, so let’s put that rumor to rest. I am not sick, I am not dying as I sit here and do this interview with you.”

“I’m not gonna deny I’ve had two bouts of cancer, one in November and a different one in March — two different cancers,. “My first follow ups are coming in 40 days, or three weeks or something, so I will know how we’re doing.” But as of now, “the cancers are not there.”

Bradshaw went on to say that he does get winded while on set and only want to come forward so people would stop starting rumors about him.

“I have a lung issue from surgery where a nerve was blocked and what is happening primarily now is asthma. When I get to California I have a hard time out there,”

“So, I have been dealing with a lot of stuff,” “I don’t figure it’s anybody’s business and I’m not someone who wants to talk about it and have you out there going, ‘Woe is me, poor Terry.’ No, I hate that. I am just telling you to shut everybody up…. I don’t feel like I need to explain all this but I’m a little tired of the rumors, and I’m tired of people talking about me and I’m tired about people speculating I’m dying because I lose my breath on the FOX show.