Texans Fear J.J. Watt May Be Out For The Season With Torn Pectoral Muscle 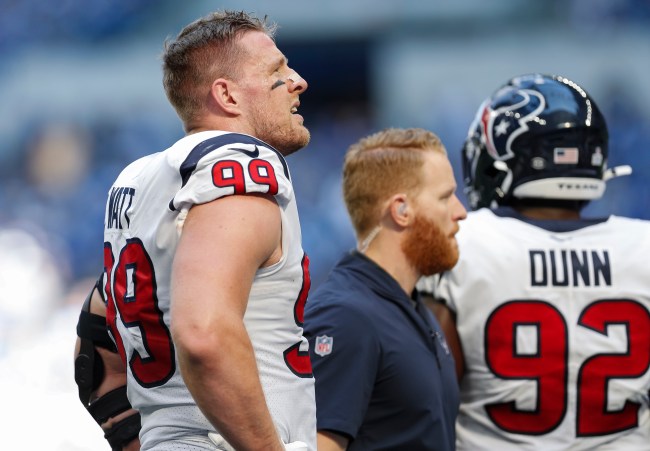 For the third time in four years, JJ Watt’s season could be cut short due to injury.

During today’s Texans-Raiders game, Watt left the game with what appeared to be a shoulder injury at the time.

After the game, NFL.com’s Ian Rapoport reported that Watt would undergo more tests but that the team feared he tore his pectoral muscle which means his season could be over.

The #Texans may have lost star DE JJ Watt to a serious injury. Source said the fear is that Watt suffered a torn pec, which would knock him out for the season. He’ll have an MRI to determine the full extent of the issue.

There is fear that Texans star J.J. Watt has torn his left pectoral, per sources, which would require surgery and end his season. Final diagnosis to be determined by MRI exam

Update: Watt confirmed that he is out for the season.

This game can be beautiful and it can also be brutal. Absolutely gutted that I won’t be able to finish the season with my guys and give the fans what they deserve. I truly love this game and can’t stand letting you guys down. Thank you for all of the thoughts & well-wishes.