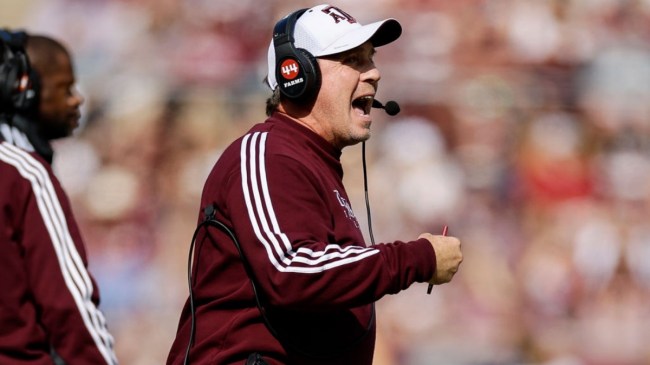 This season has been a disaster for Texas A&M. What started as a year where the biggest story about the program was about just how much they were spending on recruits has turned into a year where nothing can distract from their shortcomings on the field.

They entered the season with a ranking inside the top 10. After 9 games, it doesn’t even look like they’ll be bowl eligible.

The Aggies have won only 1 SEC game this season and have suffered a couple of disappointing losses in front of their home crowd. Will 3 games left in the season, the Aggies have a 3-6 record.

The No. 1 LB in the ‘23 Class had been committed to the Aggies since July.

Hill tells me he plans on taking his recruitment down to signing day.https://t.co/oOIR7fIQUA pic.twitter.com/GlSGZfSuwG

Hill Jr had committed to the Aggies since July. He is the top linebacker in his recruiting class and had received interest from some major programs before committing to A&M.

Those programs include Alabama, Texas, USC, and Oklahoma, who had all made him offers. The 27th overall recruit in the class of 2023 now once again becomes an option for those schools and is one of the highest rated unsigned players remaining in this class.

He was the 5th player to decommit from A&M since March and their class has now dropped to 23rd in the country just one season after finishing with the nation’s best recruiting class.

It will be interesting to see if their play over the next 3 weeks has any more of an impact on their recruiting, especially if they aren’t able to get themselves into a bowl game.