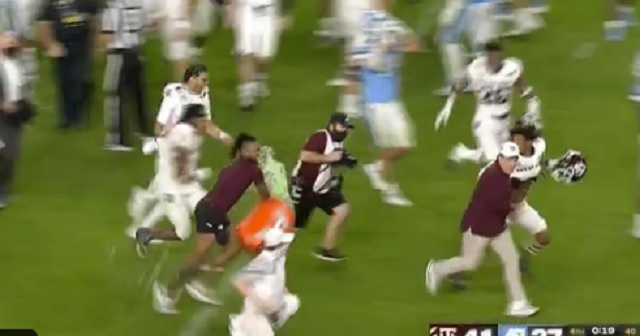 Jimbo Fisher and the Texas A&M Aggies beat North Carolina 41-27 to win the Capital One Orange Bowl in Miami on Saturday night.

After the game, the Aggies players attempted to celebrate their big win by giving their head coach a Gatorade bath but Fisher wanted no part of it. As soon as the 55-year-old Fisher saw his players holding up the Gatorade cooler he started booking it.

JIMBO’S GOT GET AWAY FROM THE GATORADE BATH SPEED 🏃💨 pic.twitter.com/SJnhcoHXk4

Fisher was able to derail a second Gatorade bath attempt from his players in the end zone moments later.