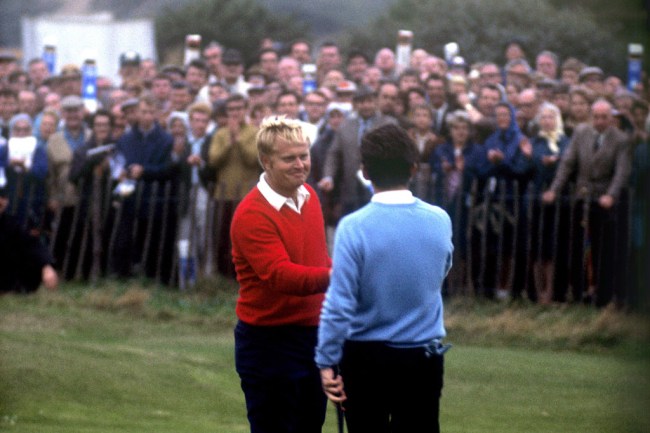 We have to take it back to the 1969 Ryder Cup at Royal Birkdale to paint the picture as to why this ball marker is so famous. Jack Nicklaus and Tony Jacklin played in the anchor match of the Sunday singles and on the final green Nicklaus conceded Jacklin’s two-foot putt to halve the match. Nicklaus picked up the ball mark himself after he sunk a five-foot par putt of his own. This created the first tie in Ryder Cup history, but the United States did retain the Cup that year.

Nicklaus received harsh criticism for conceding the putt to Jacklin and famously told his opponent “I don’t think you would have missed it, but I wasn’t going to give you the chance, either.”

That ball marker that Nicklaus famously reached down and grabbed for Jacklin is currently listed on Ebay for $39,000.

According to GOLF, the person listing the item, who is under the username ‘golfshed’, specializes in golf memorabilia. Per the seller’s post, they originally purchased the ball marker in a Jacklin charity auction back in 2009. The seller also states that he has a personal letter from Jacklin that confirms the marker’s authenticity.

Spending almost $40,000 on a ball marker would certainly be a power move for any golf historian, but I wouldn’t expect the marker to be on the market for too long given its significance.