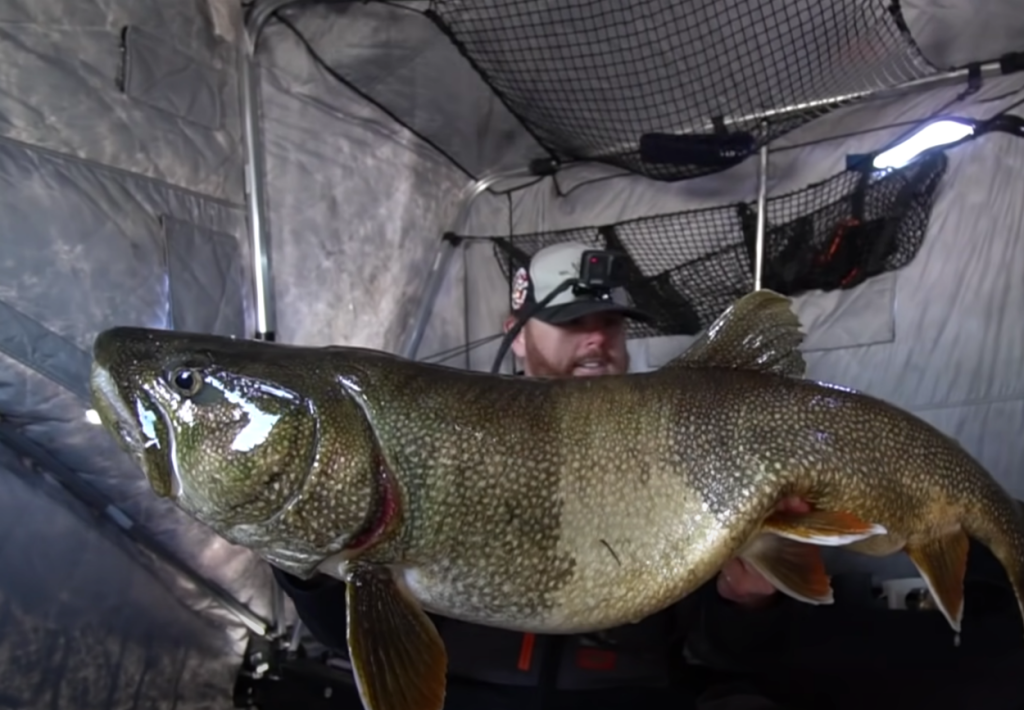 Ice fishing is really the one type of fishing I have zero experience with. I grew up in Southwest Florida and though I spent every childhood Summer in upstate New York we’d never go in the Winter when the lake was frozen. And I’ve never had the chance to book a ‘cation with the boys to pull some slobs up through the ice like the fish below.

Justin of the Fish Frostbite YouTube channel recently reeled in two Lake Trout through six feet of ice. These fish are so dang big you’d think they were oversized pillows he purchased at Bass Pro Shops (I’ve got a few that are similar). But these fish are 100% legit and they blew his mind coming through the ice.

And after reeling in one of the biggest Lake Trout you’ll ever see (through 6 feet of ice) he didn’t stop. That fish would’ve been enough for anyone, including him. But he kept fishing and later reeled in another gigantic fish. AND THEN ANOTHER.

I’ve only ever caught a single Lake Trout in my life and I basically caught it by accident. There’s Lake Trout in the lake our house is on in The Adirondacks but I only ever caught largemouth bass and chain pickerel in the lake because the trout are out too deep. The one I managed to catch must’ve been lost. But comparing the laker I caught to this fish is like comparing a goldfish to a marlin.

If anyone out there wants to house me in their lake shack for a weekend in the Winter I’m willing to fly to remote corners of the country as long as your lake is loaded with fish. I’ll bring the booze.