NBA Fans Mock Kelly Oubre Jr. After He Dressed Up Like A Cowboy To Model The New Suns Jerseys Only To Get Traded For Chris Paul 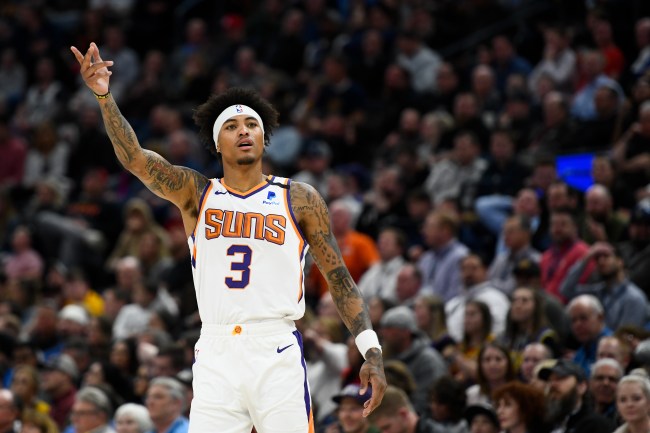 Chris Paul is officially on the move which is bad news for Kelly Oubre Jr.

On Monday afternoon it was revealed the Thunder traded Paul to the Phoenix Suns in a blockbuster deal that is going to send multiple players to Oklahoma City.

Devin Booker and Chris Paul, together with the Suns now pic.twitter.com/kxV2rE5YLU

Suns owner Robert Sarver is bringing the future Hall of Fame guard to Phoenix, delivering Devin Booker a running mate and the franchise a leader. Suddenly, the Suns become a real factor in the Western Conference this season. https://t.co/gVkly4QpNa

Here are the details of the trade.

Oubre was the big loser of the trade considering he was forced to model the new Suns city edition jersey just a few days ago.

They had Kelly Oubre modeling those Suns city jerseys just to ship him off to tornado valley. PAIN

Suns really used Kelly Oubre as a model for CP3’s jersey then traded him the next day😭😭😭 pic.twitter.com/V9QJqIECKI

The Suns using Kelly Oubre to debut their City Edition jerseys only to ship him out 4 days later is COLD 🥶 pic.twitter.com/WHOImagYnK

Kelly Oubre had to be included in the trade because he wears Chris Paul's number and it will be easy to switch his head out in Photoshops. pic.twitter.com/4tDsNJxqVC

Kelly Oubre on his way to Oklahoma like pic.twitter.com/PbIXW8JAqK