Tiger Woods Undergoes 5th Back Surgery, Hopes To Be Ready For Masters In April 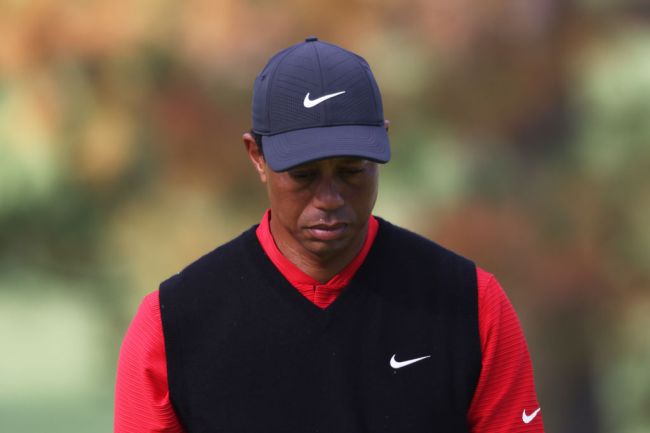 Tiger Woods has undergone yet another back surgery, his fifth since 2014, and will miss at least the Farmer Insurance Open and Genesis Invitational, the 15-time major winner announced on Tuesday.

Woods’ team and doctors determined the surgery to be successful and expect him to make a full recovery following the procedure. The goal of the microdiscectomy procedure was to remove a pressurized disc fragment that was pinching his nerve after experiencing discomfort following the PNC Championship, which he played in with his son, Charlie.

This is the fourth microdiscectomy procedure Woods has had, he had the other three from 2014-15. The 45-year-old’s last back operation, a spinal-fusion surgery, came in April of 2017.

Golf Digest has reported that Woods hopes to be ready to compete again come April for the 2021 Masters. The last time we saw Woods tee it up in an official event was during November’s Masters where he finished T-38.

Twitter reacted to the news as you might imagine, some people feared the worst thinking this could be the beginning of the end for Woods, while others were simply shocked:

By my count, this is Tiger's 10th surgery.

I love you, dad