Tiger Woods’ New ESPN Movie, ‘Return Of The Roar’ Looks Like The Sports Film Of The Winter 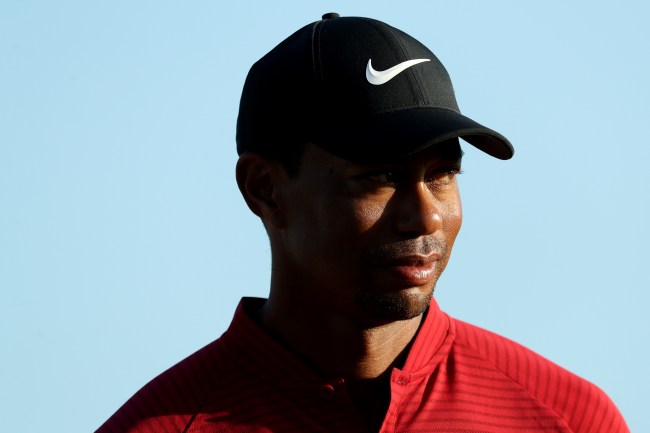 Tiger Woods may have won 14 major titles by the time 2008 had rolled around, making plenty of people in the golf world assume that the then 32-year-old golf prodigy would shatter records left and right, but he ran into some well-publicized problems that sent that train a bit off the track. From his sexual encounters which led to his divorce, to his multiple injuries and surgeries to, finally, hitting rock bottom when he was arrested while driving impaired after battling addiction to pain medication, it’s been a crazy journey for Tiger Woods.

As one of the most polarizing athletes ever, anytime Tiger Woods steps foot on a golf course, people want to watch and offer support. He’s been humbled a bit from all those aforementioned experiences, and is almost more accessible today than he ever has been before. Just look at the Pay-Per-View special coined “The Match” that he did with Phil Mickelson on Black Friday this year as the most recent example of his humility and fanfare. It’s a new-ish Tiger, and most golf fans are even more intrigued than ever.

It’s due to that interest that a new movie about Tiger Woods’ comeback tour in 2018 was made, with a film called Return of the Roar — which is a documentary about Woods that was produced by PGA Tour Entertainment in conjunction with ESPN — was made. And, for the first time, we got a little sneak peak, with the trailer being released.

While Tiger Woods has stood in the center of the 18th green plenty of times as a tournament champion, it was his historic victory at this year’s Tour Championship that showed everyone that, yes, he was officially back. In the documentary Return of the Roar, it’s just one of those moments captured, showing that one of the best things about sports is the undocumented drama.

Set to release on December 30 of this year — which, fittingly, is Tiger Woods’ 43rd birthday — Return of the Roar might just be the sports film that we all want to watch this winter.

After interviewing more than 60 pro golfers and other athletes, as well as Tiger’s caddie, Jow LaCava, the behind-the-scenes look at Woods’ steady climb towards the top of the golf world again looks amazing. Make sure you cozy up on the couch or set your DVRs, bros.