U.S. Senior Open Golfer Makes The Most Ridiculous, Mind-Blowing Putt Of All-Time To Save Par (Video) 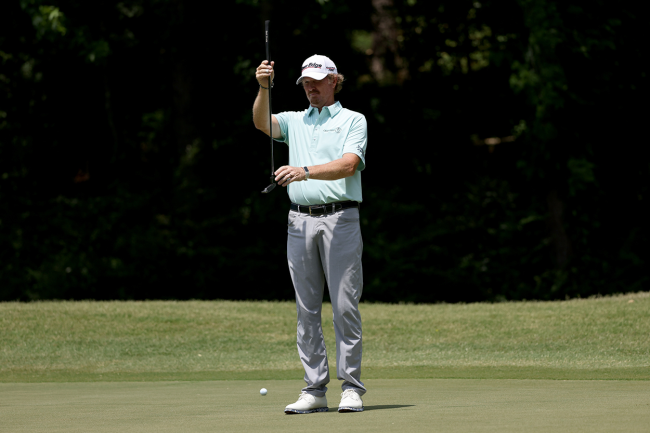 There have been so many incredible putts in golf history. Phil Mickelson at the 2004 Masters, Tiger Woods at Torrey Pines in 2008, Costantino Rocca on 18 at St. Andrews, Jack Nicklaus on 17 at Augusta… the list goes on.

During the third round of the U.S. Senior Open at Saucon Valley Country Club, Petrovic left himself with a lengthy roll for par on the 11th. What he did next was absolutely mind-blowing.

Petrovic sent his his putt sailing past the hole. At first, it looked like his line was off. And then it all started to make sense.

The putt was intentional. It rolled beyond the cup and onto a slope that killed all of its momentum and sent it back in the other direction.

Petrovic sunk the lengthy putt and saved par. He, along with the crowd who witnessed the unbelievable moment, couldn’t believe it.

Tim Petrovic with the par save of the week on 11. #USSeniorOpen pic.twitter.com/MfFC7oBrRD

Again, Petrovic sits well out of contention for the U.S. Senior Open title, so it was not particularly consequential. However, it was so mind-bending that it need not go under-appreciated. Unreal.