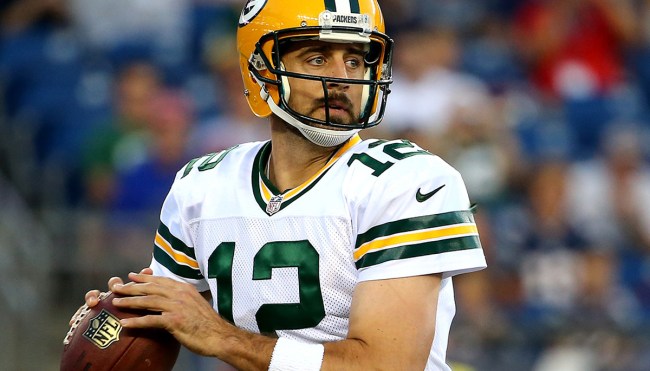 Football may technically be a team sport, but in the vast majority of cases, there’s not a single player on the roster who plays a more instrumental role in their team’s success than the quarterback.

As a result, it’s not exactly shocking that people at that position tend to be the top contenders to take home Most Valuable Player honors at the end of each season; that award has been handed out to a quarterback on 38 of the 57 occasions it’s been presented (for the sake of comparison, running backs have won 16 times while a grand total of two guys on the defensive side of the ball have earned it).

While the odds vary a bit depending on which sportsbook you look at, Josh Allen and Patrick Mahomes are currently the favorites to take home the NFL’s MVP award next season, with both of them trailed closely by Tom Brady and Aaron Rodgers (the second of whom would tie Peyton Manning for the most in NFL history if he manages to win for the third year in a row).

When it comes to players at other positions, the odds suggest running back Derrick Henry has the most upside, but there are still about a dozen quarterbacks ahead of him. However, nothing highlights the uphill battles non-QBs are facing quite like some odds that were posted by PFF’s Kevin Cole when he joked about taking a gamble on Zach Wilson, who is listed as a 150-1 longshot on DraftKings.

As Buffalo sports radio host Joe DiBiase pointed out, the most notable aspect of that screenshot is the MVP odds for TJ Watt, the formidable defender who is being given the same shot as a second-year QB for the Jets as well as an unsigned Ryan Fitzpatrick.

You know MVP is an exclusive award for QBs when Ryan Fitzpatrick, who's not presently on a team, has the same odds as TJ Watt, one of the best pass rushers in football. https://t.co/e8rqw7liAf

Again, it’s not a huge shock when you consider Lawrence Taylor was the last defender to win MVP all the way back in 1986, but it’s still a pretty eye-opening comparison.