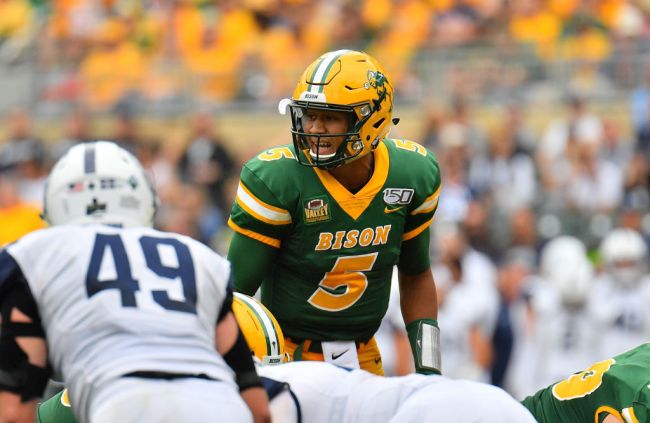 Football season is officially over, which is terrible, and now it means we’re going to be bombarded with NFL Mock Drafts for the next couple of months leading up to the 2021 NFL Draft on April 29.

Whether mock drafts are your thing or not, this year’s NFL Draft is an intriguing one in large part due to so many teams around the league looking for a quarterback. Beyond Trevor Lawrence going first-overall to the Jaguars, it’s a toss-up at the moment as to where the likes of Justin Fields, Zach Wilson, Trey Lance, and Mac Jones end up.

With his latest mock draft, ESPN’s Todd McShay addressed the unknowns when it comes to those quarterbacks and predicts that we’ll see something we’ve never seen before: the first four picks will all be quarterbacks.

Do you think the first four picks will be QB’s? Sound off in the comments below.

McShay has Jacksonville drafting Lawrence first-overall followed by Wilson going to the Jets at No. 2. Then, things get interesting with the third and fourth picks.

The Dolphins hold the No. 3 pick and aren’t in need of a quarterback. McShay believes that Miami will trade that pick to Carolina in exchange for the No. 8 pick, a second-round pick, and a 2022 first-round pick in order to draft Lance out of North Dakota State.

“The quarterback-to-Carolina rhetoric isn’t new, but some might be surprised to see Lance as the pick, rather than Ohio State’s Justin Fields. They both possess strong arms, they both are highly competitive, they both are sturdy in the pocket and can pick up chunks when they decide to tuck it and run and they both can hit the deep ball. But in going back to the tape, I think Lance goes through his progressions a little quicker than Fields, who gets stuck on his primary read too often. It’s tight, but I think Lance has an edge right now.”

This leaves Fields available for the Falcons to take at No. 4. While McShay noted that Atlanta will likely be looking to move out of this spot to accrue more draft picks, if it can’t get a likable trade offer for the pick, however, then the Falcons would draft Fields as their quarterback of the future.

When it comes to Jones’ landing spot McShay sees the Bears trading up with the 49ers to acquire the No. 12 pick to select the Alabama quarterback.