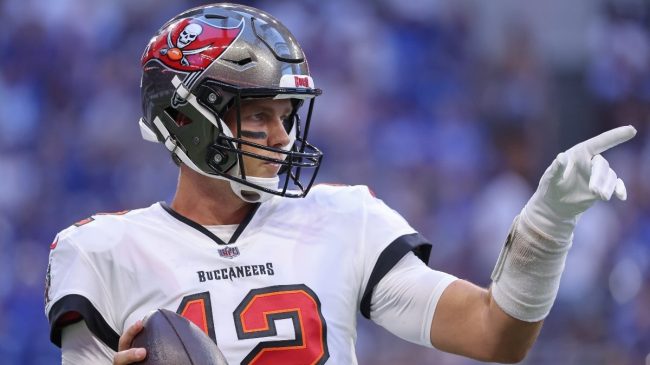 Tom Brady had the NFL world buzzing throughout the offseason. First, he announced his retirement then surprisingly (or unsurprisingly) announced he was coming back. Then, during training camp, the future Hall of Famer went missing for 11 days. Now, we finally know exactly what the Tampa Bay Buccaneers quarterback was doing right before the season opener.

According to Ian Rapoport, “Brady spent the bulk of [his 11-day absence] in the Bahamas at a private resort with his family, making good on a mid-retirement promise he made to his wife, Gisele, that he would vacation with them in August for the first time in two decades.” So, there you have it. Tom Brady made sure to spend time with his family before kicking off the 2022 season.

Additionally, it sounds like this very well could be Brady’s final year in the NFL, per Ian Rapoport. You can never count out the competitiveness of Tom Brady. So there is always a chance he’ll come back. Regardless, what is “more likely, however, is that Brady will finish this year, then head to FOX Sports, where a 10-year, $375 million announcer/ambassador deal awaits.”

So, we’ll see how it plays out. The Buccaneers are legitimate contenders this season with Tom Brady leading the way. He’s claimed before he wants to play until he is 45 years old. If that’s the case, then this would be Brady’s final year playing football in the NFL.

At the end of the day, it sounds like he had a fun trip with his family and could be spending much more time with them after this year of football. However, we’ll have to see if Tom Brady follows through with retirement.