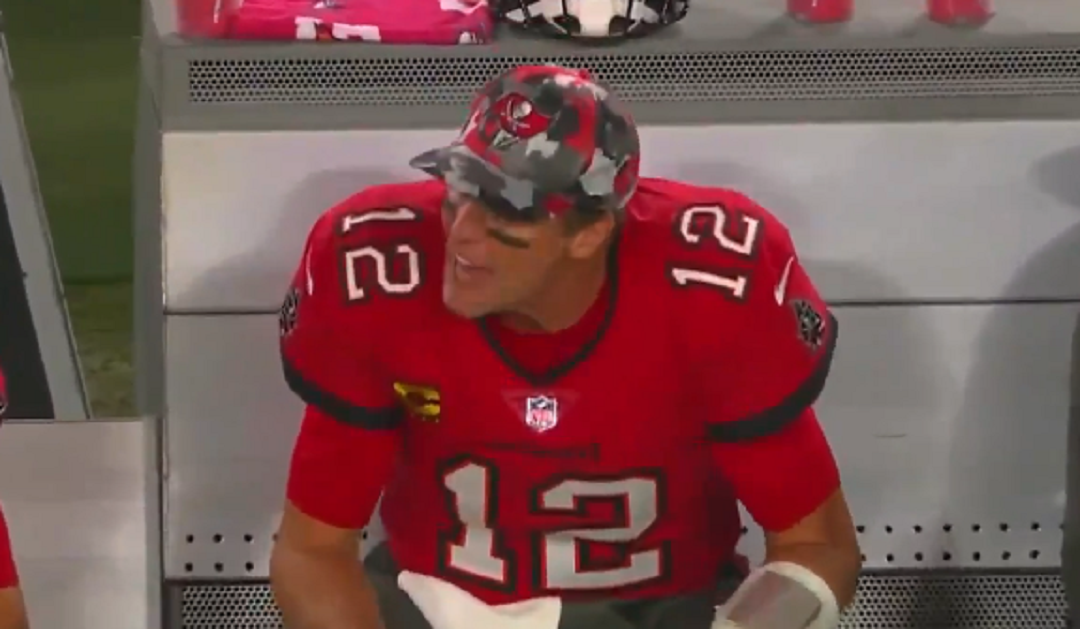 Tom Brady was having a rough night against the Saints on Monday Night Football and not even the Bucs punter was safe fro his wrath.

Through three quarters, Brady and the Bucs were only able to score three points.

Early in the fourth quarter, the Bucs decided to punt the ball instead of going for it on a 4th and 7 near midfield.

Bucs now will punt from the 40, rather than go for it on fourth-and-7.

Bucs punter Jake Camarda kicked the ball into the endzone for a touchback which led to an irate Tom Brady to curse him out from the sidelines.

I think he said something like “a f—ing touchback! What the f— is that???” After the Bucs didn’t go on 4th and 7 in an obvious go spot https://t.co/5DeaRwSkk5

Fans ripped into Brady for going at the punter.

So some will say strong leader, ultimate competitor, all that crap. I say guy who yells at you when you walk on his lawn and it was just seeded 😂😂😂

Seriously, he should’ve never come back. That golly gee shucks act worn way thin. He’s an asshole. We can say it. https://t.co/cuBarToy8m

When you should have stayed retired… https://t.co/3nv3MsWban

this man could be sailing in solitude around the world but he chose to be angry around dudes literally half his age. nasty work. https://t.co/mdE8WYgUiK

He needs to see a good therapist https://t.co/iZ6c9TCAP0