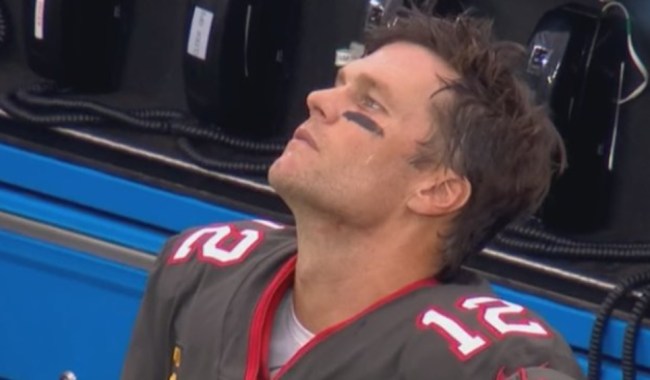 Tom Brady really hates losing and was visibly frustrated on the sidelines on Sunday.

Despite accumulating over 400 yards passing and not throwing a single interception, Brady still somehow lost the game to the Rams.

This is the first time in his regular season career that quarterback Tom Brady has thrown for 400 yards and 0 interceptions and lost.

Late in the game, FOX caught Brady cursing to himself while the Rams took the field to get in victory formation.

Brady: “fucking cock sucker mother fucker” 🤣 at least we’re not the only ones having a shitty week.

Next week Tom Brady could be in a better mood as he takes on the 1-2 New England Patriots in Foxborough.