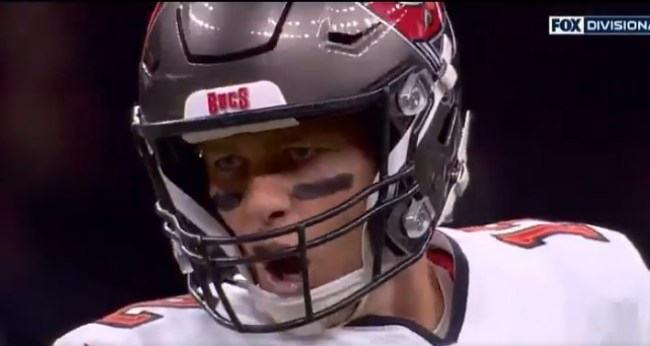 Tom Brady is pretty fired up for the playoffs and isn’t going let to his teammates slide whenever they make mistakes during their biggest game of the season.

During Sunday’s Bucs-Saints divisional playoff game, Brady was annoyed with offensive tackle Donovan Smith for quitting after an offsides penalty instead of hustling and allowing the team to get a free play down the field.

The replay showed Brady yelling “what the fuck are you doing” after the play.

Of course, fans immediately had reactions to Brady cursing out his teammate.

Remember everyone, When Tom Brady yells at his teammates he’s “just competitive and a great leader”…