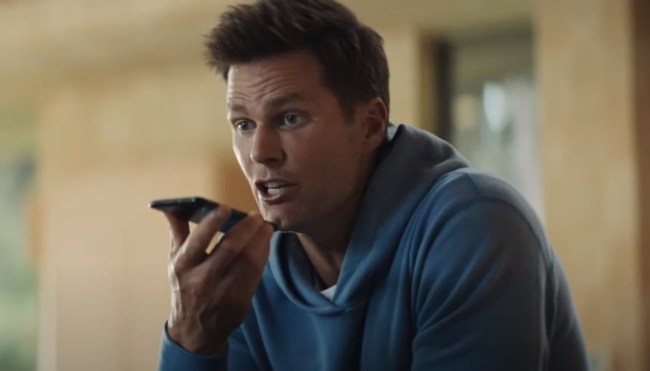 Tom Brady has a pretty good sense of humor and he’s using it for his new commercial with FTX.

Over the summer Brady and his supermodel wife Gisele Bundchen announced that they were taking an equity stake in the crypto exchange platform and now the couple has made their first commercial aappearance to promote the company in an ad that will air during Thursday night’s NFL season opener between the Bucs and the Cowboys.

The spot features Brady and Bundchen calling friends and rivals to join FTX with them. The funniest part of the commercial is when Brady is calls someone named “Bill” which is clearly a reference to Bill Belichick. “Bill” turns out to be some dude in Boston who has Brady labeled as a “traitor” on his phone, and clearly hates the QB for leaving New England but would take him back if he could.

FTX has been busy this year in the sports market. The company is reportedly spending $20 million in their ad campaign with Tom Brady and Gisele Bundchen and recently became the first cryptocurrency exchange to sponsor a professional sports league when they signed a five-year deal with Major League Baseball. The crypto exchange has also inked a $135 million deal to name the Miami Heat’s home court the FTX Arena and picked up field naming rights to FTX Field at California Memorial Stadium for $17.5 million over the next ten years.