Tom Brady Has A Lofty Resolution For The New Year 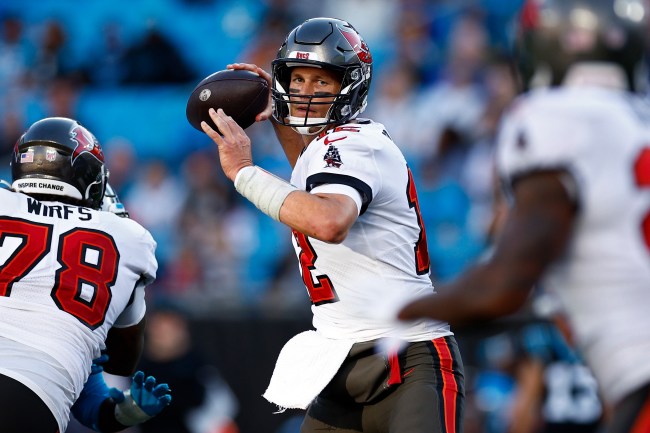 It must be tough trying to make New Year’s resolutions when you’ve accomplished everything Tom Brady has in his life. What exactly is there left to strive for when you hold the NFL’s career records for completions, yards, and touchdowns and have won 7 Super Bowls?

It turns out, Tom Brady has still found something else he needs to do. Brady revealed his resolution for 2022 on his Get Up! podcast today.

“None of these ‘Patrick Mahomes underhand throws’ that he always does,” Brady said. “I’ve gotta complete one overhand Lombardi Trophy toss in a boat parade. That would be a great way to get the New Year started right — on that type of rhythm — that’s what I’m gonna envision.”

Last season, after the Buccaneers won the Super Bowl, Brady made one of his most memorable throws of the season. He threw the Lombardi Trophy to somebody on another boat during the Bucs’ championship celebration.

His underhand toss drew some criticism, particularly from the family of the original silversmith for the trophy. Now, it sounds like even he wasn’t pleased with the toss and wants to one up himself this year.

First, the Bucs will need to replicate last season’s result and that could be tougher this time around. The Bucs are having another strong year this year. They are currently 11-4 and have already run away with their division.

Still, they are only in 4rd in the NFC right now, which means no 1st round bye, a tough first round matchup with the NFC West’s second place team, and a lot of time on the road. Last year, they were able to pull off an impressive run as the 5 seed, but this year there is more working against them.

Chris Godwin is out for the year with a torn ACL and Leonard Fournette is currently on IR with a hamstring injury. Both were key pieces for the Bucs during last year’s Super Bowl run.

With all that in mind, I don’t think anybody will have anything to say about it if Tom Brady decides to throw the Lombardi Trophy again.