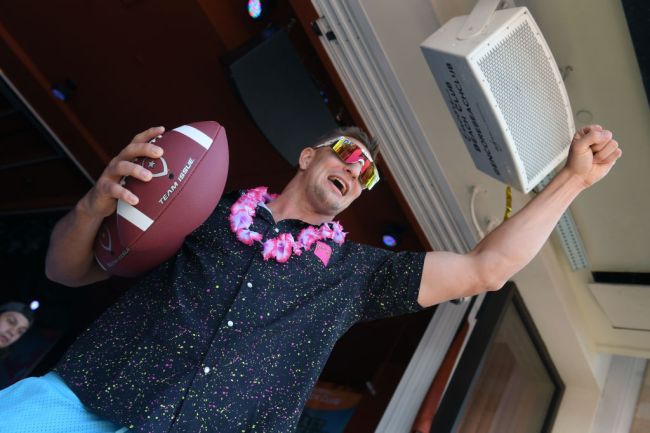 Football fans have been wondering for months whether Rob Gronkowski would continue his NFL career or retire this offseason. Today, they learned of his decision as it was reported that he would be retiring.

An all-time great officially hangs em up at 33 years old.

Gronk then posted a farewell message to fans that read:

In college, I was asked to write about a dream job opportunity that I wanted to pursue and where the location would be. Every time I had to write about my future, no matter what, I picked being a professional football player. For that assignment though, we had to pick the location. So I wrote that I wanted to play in Tampa for the Tampa Bay Buccaneers, for many reasons, the sunny weather being #1.

I completely forgot about writing this report until 2 years ago when I had the opportunity to join the Tampa Bay Buccaneers. And let me tell ya, the journey in Tampa over the last 2 years has blown away what I originally wrote about in college, big time. And for this, I want to thank the whole entire first class Buccaneers organization for an amazing ride, trusting me to come back to play and help build a championship team.

I will now be going back into my retirement home, walking away from football again with my head held high knowing I gave it everything I had, good or bad, every time I stepped out on the field. The friendships and relationships I have made will last forever, and I appreciate every single one of my teammates and coaches for giving everything they had as well. From retirement, back to football and winning another championship and now back to chilling out, thank you to all.

Buccaneers 🏴‍☠️ fans, the Krewe, without you guys, none of this is possible, all of ya brought it every game, thank you for all you do. Cheers to what’s next, maybe sailing the seas 🏴‍☠️ Arghhhhhh!!

Now Tom Brady has reacted to the news that Gronkt will be retiring, possibly for good this time.

Brady and Gronk put together quite a career together. They connected for 620 receptions, 9275 yards and 93 touchdowns while playing together for the Patriots and Buccaneers. They also won 4 Super Bowls together.

Now Brady will find himself throwing to Cameron Brate and Cade Otton, but it wouldn’t be surprising if he picked up the phone to try and get Gronk to reverse his decision on retirement before this season is over.