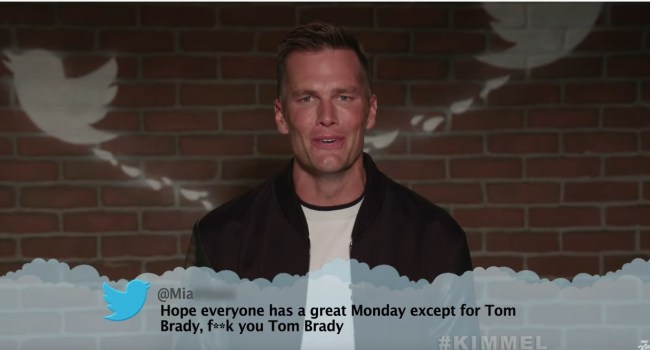 Tom Brady is one of the greatest quarterbacks that has ever played in the National Football League, but despite his greatness, he gets an insane amount of hate from fans on social media.

Before this weekend’s Super Bowl Brady made an appearance on Thursday’s edition of Jimmy Kimmel Live to read all the mean tweets that are sent to him on Twitter. For two minutes straights Brady could barely hold it together as he gets roasted by fans with hilarious quips.

If you missed it, earlier this week Jimmy Kimmel released Mean Tweets from members of both the Chiefs and the Bucs including Patrick Mahomes, Travis Kelce and others ahead of the Super Bowl.