Tom Brady Admits That He’s A Sore Loser, Talks About Being Salty During Press Conference After Losing To WFT 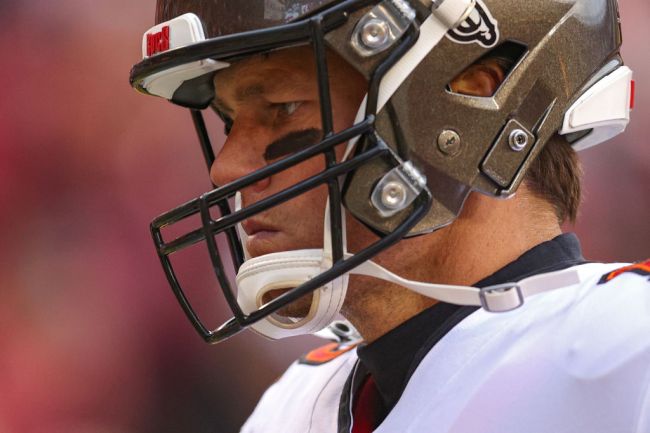 Tom Brady admits that he isn’t fond of speaking to reporters after losses at this stage of his career.

Over the weekend, Brady went viral when he attempted to end a press conference after sixty seconds following a loss to WFT.

Tom Brady tried to end his postgame press conference after 60 seconds. You can hear reporters say..”that’s it??” pic.twitter.com/UHJprhwgNX

During the latest episode of the “Let’s Go!” podcast, Jim Gray asked the Bucs QB about his brief press conference appearance on Sunday and a candid Brady admitted that it’s tough for him to speak to reporters after tough losses because he’s still emotional about the game he just played.

Press conferences after a loss are like co-workers emailing you before you’ve had your coffee… I mean I don’t drink coffee, but I imagine that’s what it’s like.. https://t.co/9VfpXqr3Pl @JimGrayOfficial @SIRIUSXM pic.twitter.com/cGvJgCNtOt

“Yeah, I think that’s a real challenge for me, especially as I’ve gotten older because the expectations are so high,” “I think when you win it’s a relief and when you lose it’s a real disappointment. So sometimes you’re missing the joy in this and I have to be reminded of the joy of playing. And that takes a little perspective, but it’s hard when you’re in the fight.

“When you’re in the middle of the fight and it’s the seventh round of the fight, it’s hard to — you know — take a step back ’cause you feel like you’re still — you know — you want to go out there and slug it out again. So, you know, I wish there was a lot of great to come from losing and there is when you take a couple of days. But sometimes when you catch me on a Monday, you really piss me off. Just kidding, you don’t really piss me off.”