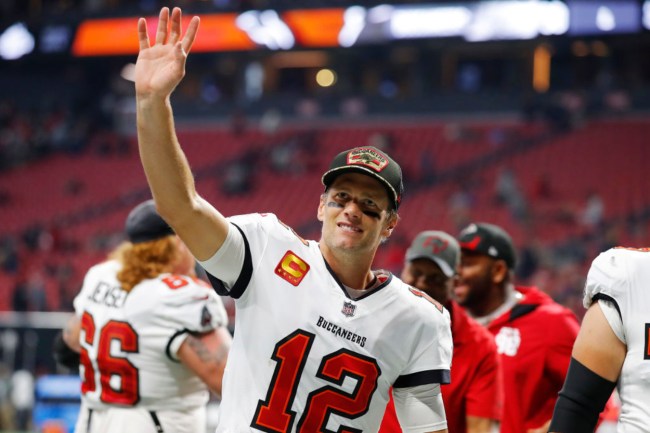 It may be seven years in the past, but the Patriots drafting Jimmy Garoppolo in the second round of the 2014 NFL Draft, and the impact it had on the franchise, is still quite the story. That’s especially true when we hear new things about the situation from Tom Brady himself.

On the most recent episode of ESPN’s docuseries ‘Man in the Arena,’ Brady reflected on the moment New England decided to draft Garoppolo. Brady, being the ultimate teammate he is, took the decision in stride and wanted to be a good mentor for the young QB.

While Brady didn’t have a problem with Garoppolo coming into the fold, he did take notice of head coach Bill Belichick talking about his age.

“We drafted Jimmy, and I just thought just like any other time, you embrace him and they’re your teammate…” Brady explained. “Now, we drafted Jimmy higher. Coach Belichick referenced my age to me, referenced it to media.”

Brady, like every other human in the history of the world, didn’t appreciate someone talking about the fact that he was getting older.

“In my mind, I was thinking, ‘What are you talking about?’ I think he was just referencing, well, not many quarterbacks have ever played and been successful late in their career, and that’s just a fact. Of course, for me, I was just like, I don’t care about any of those things.”

Those quotes are a great reflection, and one of the many reasons, Brady and Belichick worked so well together. They’re both honest people, Belichick says it like it is, as does Brady, and there’s very clear respect between the two for that reason alone.

It turned out alright for Brady, Garoppolo, and Belichick in the long run. Garoppolo earned two Super Bowl rings while being Brady’s backup, and Brady of course went on to win another Super Bowl last season with the Buccaneers.