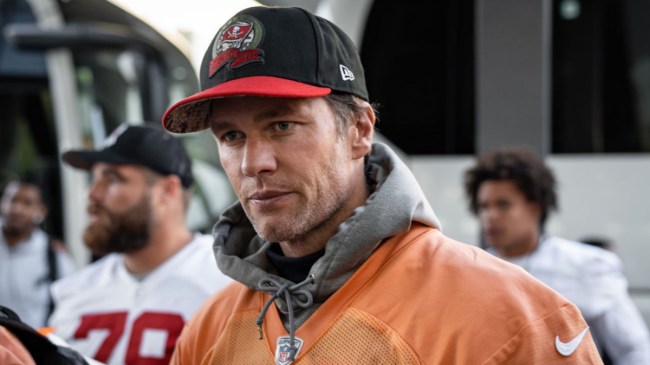 The last few months have been rough for Tom Brady. During the offseason, Brady retired and then changed his mind and decided to come back to try and make one last run with the Tampa Bay Buccaneers.

Since that decision, Brady and Gisele Bundchen have gotten divorced and the Buccaneers have struggled. The team currently only holds a 4-5 record and the offense has struggled throughout the year.

Despite what has transpired since the start of the season, Brady revealed today that he still has no regrets about deciding to come back to play for the Buccaneers for another season.

Despite being 4-5 and below .500 for the first time in his career nine games into the season, Bucs quarterback Tom Brady said today that he has ‘zero’ regrets about coming out of retirement https://t.co/P612fvMnUW

Zero, no. Definitely not. I returned because I felt like I wanted to compete and I spoke to the team about it and they were excited to have me back. I don’t really regret those types of things — I think when I commit to it, I mean it and I do my best and try to give everything I can to this particular opportunity.

Despite all of the talk about the team’s sub-.500 record and potential regrets for Brady, the Bucs are still currently leading the NFC South and with 8 games left in their season, have some time to figure out their issues before playoff time.

A win this weekend over the NFC West-leading Seahawks will go a long way toward changing the narrative for the Bucs right now. If the Bucs can get that win and start to get their offense going in the next few weeks, there probably won’t be much more talk about potential regrets for Tom Brady.