Tom Brady Says It’s ‘Pretty Unlikely’ He Retires, Will Not ‘Predict’ If He’s Coming Back To New England 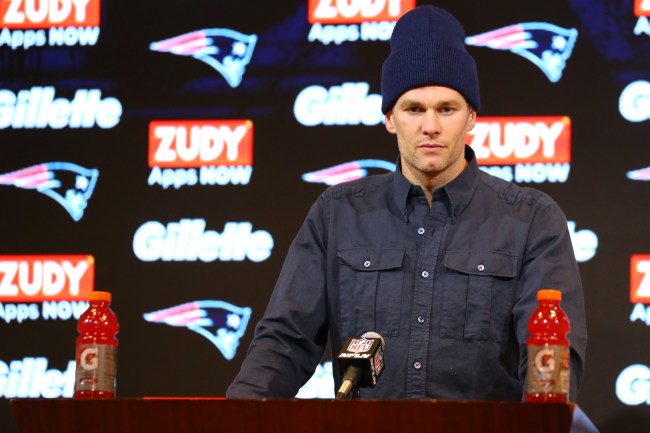 Tom Brady’s season came to an abrupt end when he threw a pick-six interception at the end of Saturday night’s playoff game against the Titans.

Brady drops back with the game on the line… PICK-SIX 😨

This may have been the last time Tom Brady left the field as a New England Patriot. pic.twitter.com/NQnYc928Fu

After the game, Brady was asked about his future and while he did say it was unlikely that he was going to “retire”, he did not commit to returning to the Patriots next season.

"Who knows what the future holds. We'll leave it at that."

Brady on if he's coming back to New England next year "I love the Patriots, playing for Mr. Kraft and for coach Belichick…I don't know what the future looks like and I'm not going to predict it" pic.twitter.com/VUQmmcN7Th

“I love the Patriots,” Brady said. “It’s the greatest organization. Playing for Mr. Kraft all these years and for Coach Belichick, there’s nobody that’s had a better career than me just being with them. I’m very blessed and I don’t know what the future looks like and I’m not going to predict it.”

Brady is now a free agent and there has been plenty of speculation about where he’s going to end up next season but at the end of the day only Brady knows what he’s going to do.