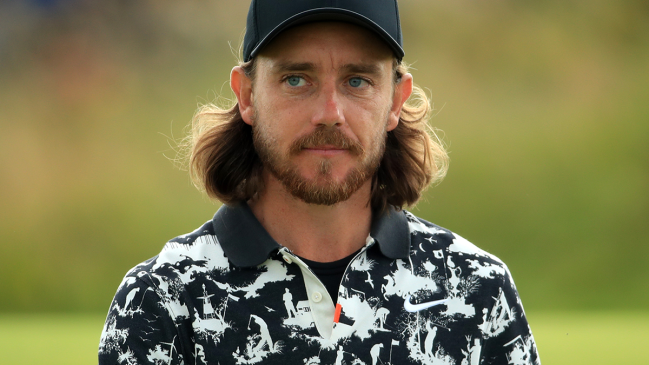 Anyone who’s subjected themselves to a round of golf is very aware it’s a notoriously difficult game to master, and while there are plenty of people out there who think watching the sport on television is boring, one of the biggest draws for fans is getting to see some of the best players on the planet routinely pull off the kinds of shots the average weekend hack wouldn’t even try to attempt with ease.

Many of those pros recently made the trip to the legendary Old Course at St. Andrews for the Alfred Dunhill Links Championship, the DP World Tour event that kicked off on Thursday.

Tommy Fleetwood’s first round left a bit to be desired, as he finished the first 18 holes with a two-under 70 (nine strokes behind the current leader) and is tied for 79th as of this writing. As a result, it seems very unlikely he’ll want to forget his performance in the tournament when it wraps up—although he will walk away with a pretty great memory courtesy of what unfolded on Wednesday.

Tommy Fleetwood hit one of the wildest shots you’ll ever see while practicing at St. Andrews

On Wednesday, the man who somehow hasn’t earned the nickname “Fleetwood Mac Daddy” was gearing up for the event during a practice round where he attempted a fairly tricky shot just off of a path near the green on the course’s iconic Road Hole.

There was already a ball close to the pin when he hit the lofty chip shot, and it’s safe to say he nailed it when you considered he managed to sink his shot and the aforementioned ball on the putting surface question with a single swing.

You certainly don’t see that every day.