Tommy Pham Reveals His Thoughts On The Joc Pederson Slap 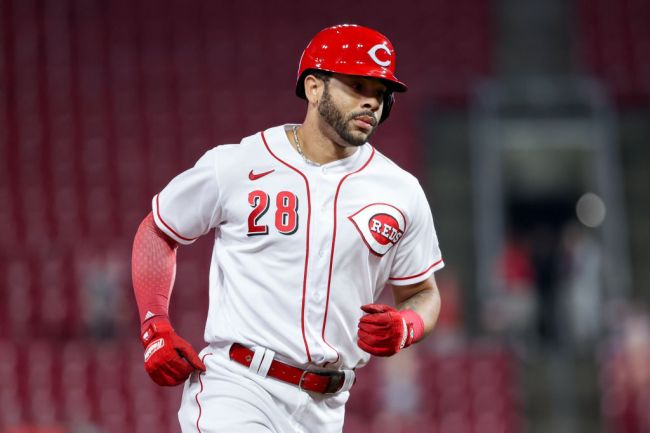 It has been a few weeks since Tommy Pham slapped Joc Pederson over a fantasy football dispute, but fans just got to hear from Pham today for the first time since the incident, which led to a 3 game suspension for the Cardinals outfielder.

Today he sat down with USA TODAY Sports to discuss the slap and revealed that he doesn’t regret the incident at all.

“You know what. I’ve got no regrets. None at all. Joc deserved to be slapped.’’

Not only did he not have regrets about the slap, but he also said that there were plenty of other people who reached out to him because they were happy to see him slap Pederson.

“There were about 100 people that thanked me after I slapped him,’’ Pham says, “players, coaches, trainers, reporters. What does that say? I was like, ‘Damn, I didn’t know Joc was this disliked.’’’

Pham also revealed that he had some issues with the Giants’ pitching coach during the incident.

“What I really didn’t like was how their pitching coach (Andrew Bailey) was talking behind my back saying stuff. I looked at him face-to-face and said, ‘Do we have a problem.’ He says, ‘Why did you slap him?’ I said, ‘Talk to him.’ This is something personal between me and him. It has nothing to do with the Giants, but they tried to make it about them.’’

Most importantly, Pham made it clear that this would not be the end of his fantasy football career. He revealed that he plans to defend his title in the Padres’ fantasy football league, play in Adam Wainwright’s charity league, possibly even return to the $10K league that started this drama, and might even play in one more.

Not only is he planning to continue playing, but he’s already preparing for next season.

“Look, I’ve already been studying,’’ he says. “I was training with the football players in Miami, and picking their brains. I’ll be talking to them. I need to call (Dolphins receiver) Tyreek Hill, and say, ‘Hey, man, I need you to pick it up for me.’ I was telling guys at the combine, ‘Hey man, if you have a good combine, I may take you in the ninth round.’

I watched (Green Bay Packers rookie receiver) Christian Watson during the combined, and told him, ‘Damn, you may be my sleeper.’’’

Whoever it is that will be playing in these leagues with Pham in a couple of months at least now knows what could happen if there’s a dispute in the league.