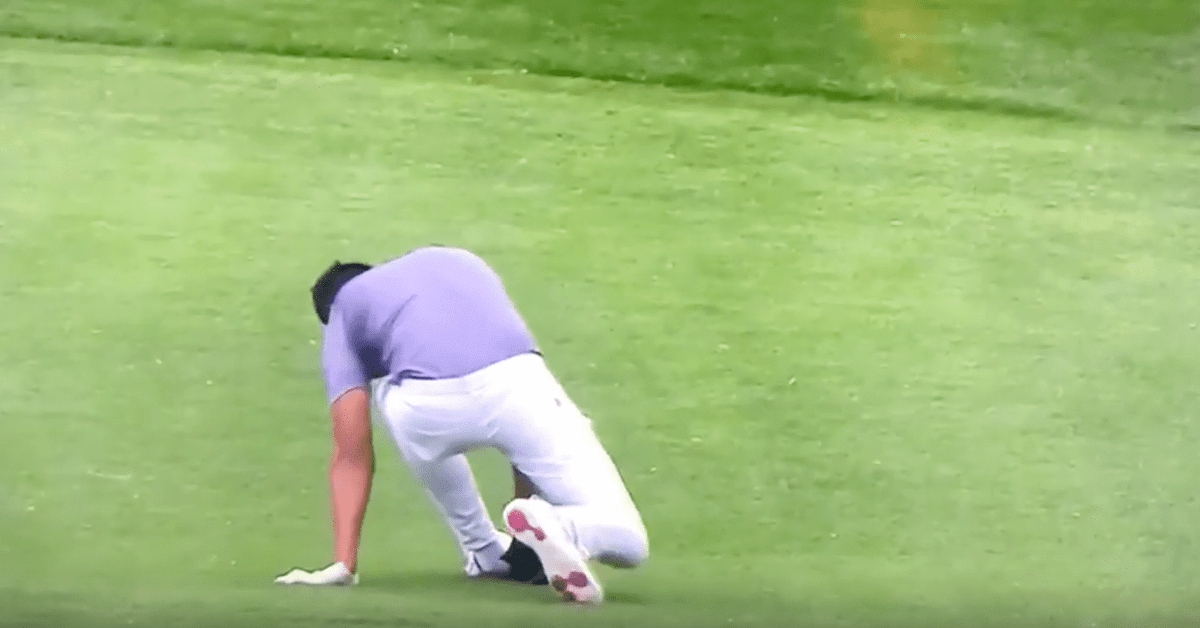 The Masters Tournament Par-3 Contest is arguably the most underrated part of Masters Week. From funny moments with little kids, to WAGs caddying for their significant others, at least a handful of hole-in-one shots – its a blast. While this year’s Masters Par-3 Contest has been a blast so far, one player had a roller coaster of emotions in about a 30-second span.

Unfortunately, Tony got after it a little too hard… he rolled the hell out of his ankle in what looked to be a potentially serious injury. Tony jumped, landed on his ankle, grabbed it… then in the most disgustingly casual manner, Tony POPPED HIS ANKLE BACK INTO PLACE LIKE A K’NEX SET.

As far as golf injuries go, this is pretty damn gruesome… take a look:

It’s not even the injury that makes your stomach want to turn, it’s the way he just popped it back into place like it wasn’t a big deal.

This is uncomfortably casual:

He just popped his ankle back in place like it was nothing pic.twitter.com/Nnq8R2czPT

“No big deal, guys. I broke my ankle but that happens all the time.” – Tony Finau, probably.

Of course, the fine folks on Twitter has some reactions to share about Tony’s embarrassing and gross celebration/injury.

Watching Tony Finau pop his ankle back in place 😦 pic.twitter.com/yalxrNuvoc

If you're thinking about putting down coin on Tony Finau (125-1), you might want to think again

Tony Finau trying to Bill Gramatica himself celebrating a hole in one. Par 3 contest y’all!

Tony Finau just went from the highest of highs to the lowest of lows in a matter of seconds.pic.twitter.com/hLUJFSmdGF

Did Tony Finau just dislocate and relocate an ankle in the Masters Par 3?

Oh no Tony Finau, say that ankle doesn’t hurt as bad as it looks like it did.

Tony went on to finish his round in the Par-3 Contest without any apparent issues but he better put ice on that ankle until tee off because a swollen ankle could really give him problems on the course tomorrow. Finau, who played basketball in high school and is cousins with Jabari Parker of the Milwaukee Bucks, might want to wear high tops next time he plans to get a hole-in-one.