Tony Kornheiser Has Some Intriguing Options For Baker Mayfield’s Future 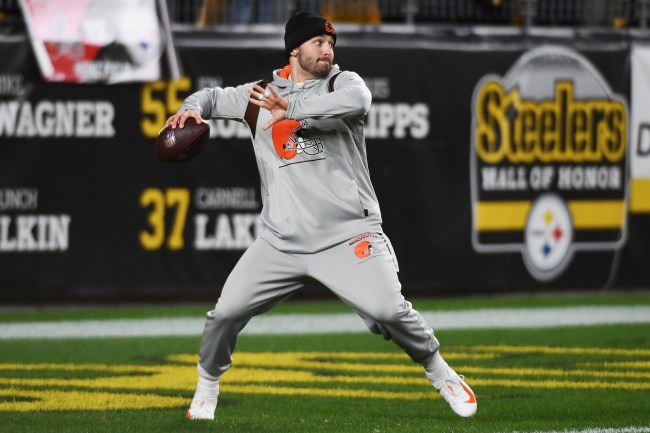 It was announced today that Baker Mayfield would miss the last game of the season. He has been battling injuries for most of the season and is facing shoulder surgery in the offseason, so the move makes sense. However, that decision now has fans and analysts discussing his future.

One of those analysts is Tony Kornheiser. Today on “Pardon the Interruption”, Kornheiser named 4 potential destinations for Baker if things don’t work out in Cleveland.

"I think he'd be better off someplace else than Cleveland."

Tony thinks Baker Mayfield may benefit from a scenery change, and suggests teams like the Giants, Washington, the Panthers and Texans might want to take a look at bringing him in. pic.twitter.com/W6T9Bk1HOJ

Let me start by saying that I absolutely agree with his first point. Baker Mayfield would absolutely be better off somewhere other than Cleveland. The Cleveland Browns can’t block. Baker is currently the 3rd most sacked QB in the NFL in just 14 games. He went down 9 times last night.

It’s not a situation that leads to great QB play. Even if Baker was playing great, the run-first offense puts somewhat of a ceiling on his upside.

As for the teams Kornheiser think should give him a try, there are some questions. There’s the obvious question with the Texans. What does their future hold with Deshaun Watson? The team also isn’t built to compete right now, so a year of Baker Mayfield might not accomplish much.

Mayfield could make the Giants better, but they seem set on sticking with Daniel Jones. They also can’t block, so it’s not much of an improvement for Mayfield and they’re going to stay run-heavy because of their draft capital investment in Saquon Barkley.

The other two options could work out. The Panthers badly need help at QB, but they aren’t actually a bad team. They have talent on offense and have an early draft pick that could be used on their O-line. They also have a strong defense.

Baker Mayfield could help this team get to the playoffs and put up solid numbers while doing it.

Then there’s the Washington Football Team. A strong QB may be the only thing keeping this team from becoming a contender. When they had Ryan Fitzpatrick to start this year, I thought they’d win the NFC East. Even with Taylor Heinicke, they stayed in the playoff hunt.

Much like the Panthers, the Football Team have talent on offense. Their receiver group should also get better next year with Curtis Samuel hopefully getting healthy and Dyami Brown heading into year 2. The defense was a disappointment this year, but has its core in place and should get better.

This option would really come down to how much better the Football Team thinks Baker is than Heinicke.

However things play out for Baker Mayfield this offseason, he’ll be on the hot seat next year after failing to impress this season.