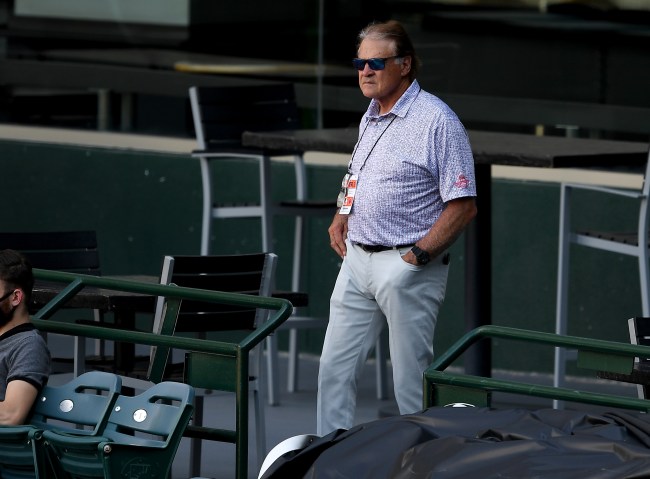 According to ESPN’s Jeff Passan, Paula Lavigne and Charlie Moynihan, Chicago White Sox manager Tony La Russa was charged with his second DUI one day before he was hired. Charges stemmed from an arrest that occurred in February.

The former Cardinals, Athletics and White Sox manager previously led the team from the Southside for seven years in 1979-1986 and was hired back on Oct. 29. When he arrived in Saint Louis after 10 years in Oakland, he was arrested in 2007 after falling asleep at a traffic light with a blood-alcohol level above the significantly above the legal limit. He plead guilty.

13 years later, he was cited for a DUI and registering a blood-alcohol content of .08 or more on Feb. 24 at 11:40 p.m. According to the affidavit filed to by the Arizona Department of Public Safety, La Russa was found standing next to his car near the Phoenix airport and told the officer that he had hit something and had a tire blow out. He was taken into custody after a field sobriety test and was “argumentative” with the officer.

This comes as no surprise, seeing as the three-time World Series champion manager was never known for his cool head.

Per the ESPN report, Chicago had knowledge of the arrest upon the decision to hire him and have not confirmed the charges.

La Russa refused to submit to a breath test or provide a sample of his blood or urine to test his blood-alcohol level, according to the affidavit, and the officer obtained a search warrant to take two tubes of La Russa’s blood.

Two tubes seems excessive, but it is apparently common procedure for DUI cases in Arizona. Either way, the blood will be tested and if La Russa is convicted, he faces up to 10 days in jail.

It sounds like the new (old?) White Sox manager needs actual help, and we hope that he gets it. In typical La Russa fashion, when ESPN reached him for comment, he replied “I have nothing to say” and hung up. Chicago’s spokesperson said that the organization could not comment because it is an active case.