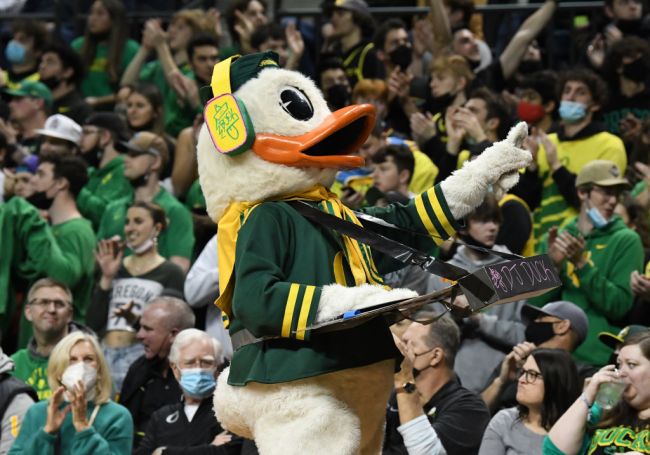 The University of Oregon’s basketball program has a lot to be excited about already with their 2023 recruiting class. The Ducks already landed the class’ #2 recruit in Kwame Evans a couple of weeks ago. Now they’ve added another top-10 recruit to play alongside him.

Today, Mookie Cook revealed on his Instagram that he would also be playing his college basketball at Oregon.

Mookie Cook has already committed to Oregon once before in the past. That first commitment came at the end of March, before he decommitted at the end of June.

Cook’s hometown is Portland, so he will be returning to his home state for college after playing at Chandler, Arizona’s AZ Compass Prep in high school. Cook is the 2nd rated small forward and 7 ranked player overall in the 2023 class.

He now joins an Oregon recruiting class that had already landed Evans and the 52nd ranked recruit in the class, Jackson Shelstad.

This is the 2nd consecutive year that the Oregon recruiting class will include at least one of the nation’s top 10 players. These 3 top recruits will join a strong, young roster that includes this season’s number 8 recruit and the number 11 recruit from the 2021 class.

Oregon fans will be hoping that these big wins in recruiting will help turn things around for a program that struggled to get wins on the court last season. The Ducks finished the 2021-22 season with a 20-15 record and exited the NIT in the first round.

With one of the nation’s top 2023 recruiting classes already locked up for the Ducks, it might not be too long before Dana Altman’s squad gets back to fighting for the top spot in the PAC-12 and a high seed in the NCAA Tournament.