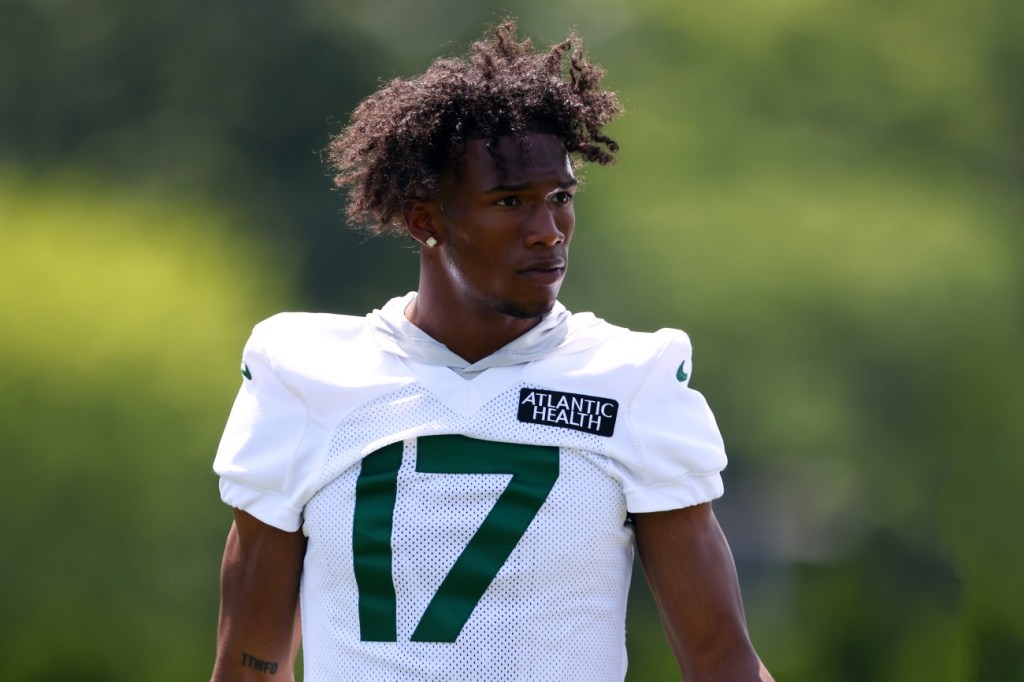 Former Ohio State wide receiver Garrett Wilson was drafted 10th overall by the New York Jets in the 2022 NFL Draft. He seeks to make an immediate impact for the Jets who have only had two seasons above .500 since 2010.

Garrett Wilson went viral in recent days after appearing on the Pivot podcast with Fred Taylor, Ryan Clark, and Channing Crowder. He naively mentioned that he was excited for the rookies dinner, believing it would be a cool bonding experience with the team’s veterans.

Garrett evidently had no idea that a team’s ‘rookies dinner’ is really just a cheap ploy for the veterans to haze the new guys and force them into spending tens of thousands of dollars on a meal. A fortune spent on a meal that would be gone in the toilet 12 hours later. And former NFL wide receiver Torrey Smith put the practice of ‘rookie dinners’ on blast in the aftermath of that clip going viral.

Here’s the clip of Garrett Wilson realizing rookie dinners are NOT what he thought they were followed by Torrey Smith’s reaction below.

New Episode of @thepivot up NOW!!

Welcome to the @NFL @GarrettWilson_V and thanks for hanging out with us. Get ready for that “BLANK CHECK DINNER” aka the rookie dinner 😂🤣😅 @Realrclark25@OfficialCrowder pic.twitter.com/dXkoSgpp07

Torrey Smith weighs on on the rookies dinner hazing ritual

Rookie dinners are BS! I’m glad I had an OG that realized teaching me to blow money is STUPID! It does not prove you belong on a team. Shout out to @AnquanBoldin !

Dudes come into the league with no financial literacy and real problems but folks think 50k dinners are cool! NAH!

Torrey Smith was drafted 58th overall in Round 2 back in 2011 by the Baltimore Ravens. So there wasn’t necessarily the pressure on him to spend the same money as a top First Round NFL Draft pick but it’s a hazing ritual and some NFL vets might not care if he has the money or not.

Rookies who get cut should get paid back. Otherwise it just feels like playful hazing.

especially since NFL money aint like that MLB or NBA money and even more so because average length of NFL players careers is less than 5 years. its depressing honestly how many former players are actually broke

Garrett Wilson is likely going to get hit with a massive bill regardless of the blowback against rookie dinners. It sucks but that’s almost certainly going to happen. Hopefully the veterans don’t make it too awful on him and he and his fellow rookies are able to find a way to enjoy the dinner…

If you’re curious, Torrey Smith has outlined the 4 reasons he doesn’t spend money as if it grows on trees. It’s a fascinating Twitter thread for NFL fans so check it out.