A Spectator Is On The Run From Authorities After Causing A Massive, Gory Crash At The Tour De France 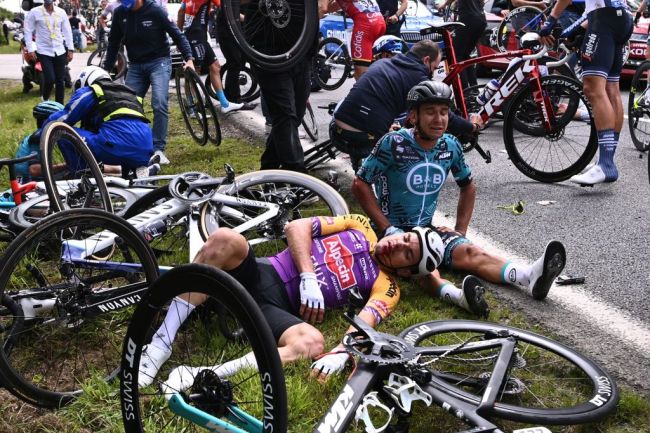 Fans are back at the Tour de France and it led to a disastrous start. After nearly 700 days between the conclusion of the 2019 race and Day 1 of 2021, spectators lined the streets. They were not allowed at the race in 2020 due to the COVID-19 global pandemic.

It didn’t take long for those in attendance on Saturday to play a big role during the first stage.

Not but 45 kilometers into the 197.8km stage, a fan held a cardboard sign in front of the riders that read “Allez Opi-Omi!” which is a hello message to her grandparents. Oblivious, she did not pull the sign away in time and German cyclist Tony Martin could not avoid a collision.

His crash led to a domino effect involving a large number of riders. It is being called the worst wreck in Tour history.

A huge crash at #TDF2021 this morning was caused when a spectator held out a sign and struck a rider.

Jasha Sütterlin was forced to withdraw from the race due to an injury sustained in the crash, according to @LeTour. pic.twitter.com/XCcEjHRAGp

The bloody crash led to the first withdrawal of the race and had a massive impact on the results. It took nearly 25km for the peloton to fully regroup from the gory pile-up. 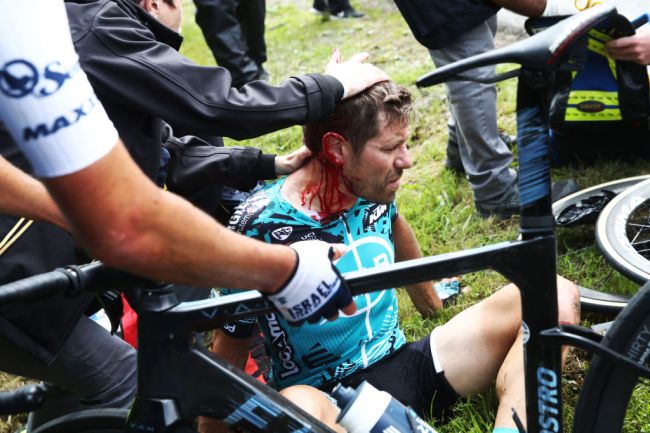 Bikes were snapped, riders were injured and only one person was to blame. 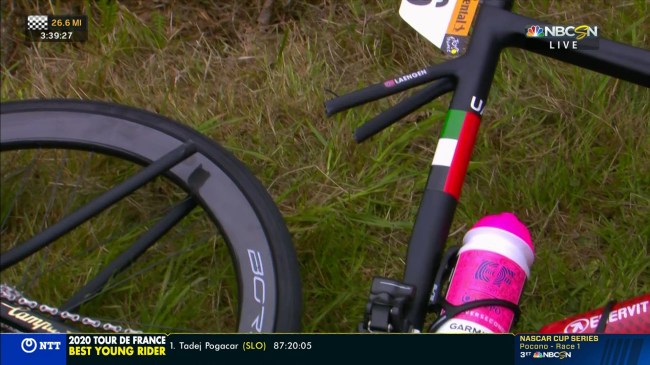 The crash-causing spectator, who has yet to be identified, is on the run. Finistère gendarmerie arrived to the scene shortly after the riders were back up and moving, but she was gone.

On Sunday morning, law enforcement officials from the Finistère area in western France announced a legal investigation. Authorities have launched a call for witnesses and help identifying the woman who caused “unintentional injuries… by manifestly deliberate violation of an obligation of safety or prudence.”

In addition, Tour de France organizers plan to open a lawsuit against the fan, per AFP.

“We are suing this woman who behaved so badly,” tour deputations director Pierre-Yvess Thouault said to AFP. “We are doing this so that the tiny minority of people who do this don’t spoil the show for everyone.”