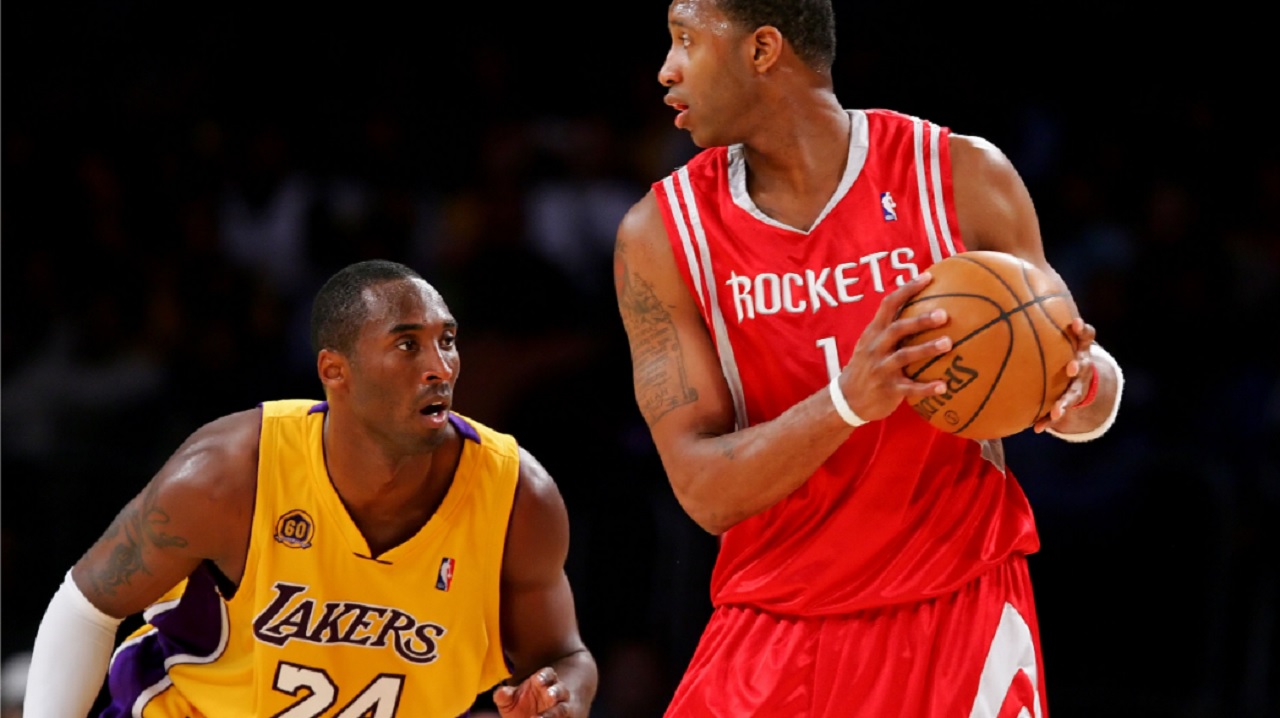 Kobe Bryant is the greatest 1-on-1 player of all-time according to Tracy McGrady.

We caught up with McGrady before the launch of his new 1-on-1 league “The OBA”, and he told us that he believes Bryant was the greatest 1-on-1 player of all-time.

“Outside of myself, I’m going with Kobe. He was a 1-on-1 basketball player, that was his style, that’s what he brought to the game of basketball’

Kobe famously once said that he had once beat McGrady badly in a game of 1-on-1.

“I played T-Mac. I cooked him. Roasted him. Wasn’t even close. Ask him, he’ll tell you. When I was about 20, we were in Germany doing some promotional stuff for that other sneaker company and we played basketball every day. We were in the gym all the time. We played three games of one-on-one to 11. I won all three games. One game I won 11-2. After the third game he said he had back spasms and couldn’t play anymore.”

McGrady hilariously denied losing to Bryant in a game of 1-on-1 when Kobe confronted him about it in an interview with Rachel Nichols.

Kobe would later reveal that McGrady had given him the most problems when they played each other during their time in the NBA.

"The guy that always gave me the most problems was Tracy McGrady…He could do everything I could do but he was taller." – Kobe Bryantpic.twitter.com/T12urxVrCV