Travis Kelce Could Barely Afford To Pay Rent After Blowing All Of His Rookie Contract On Shoes, Watches 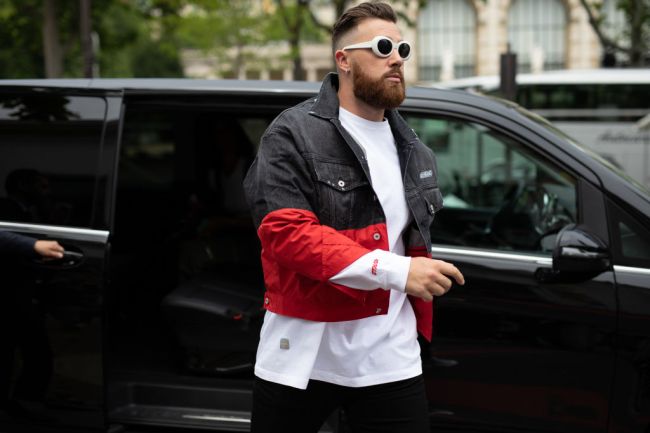 Travis Kelce signed a four-year, $3.12 million rookie contract that included a signing bonus of $703,304 after being drafted by the Kansas City Chiefs in 2013. Not even a single penny is left. The former Cincinnati Bearcat tight end was selected with the No. 63 overall pick and immediately blew all of his money on extravagant purchases, he revealed on Shannon Sharpe’s “Club Shay Shay” podcast.

Fortunately, the whole NFL thing worked out and the six-time Pro Bowler has set himself up for financial stability with pretty heavy contracts. Kelce is considered one of the best to ever play his position and was named to the NFL’s 2010 All-Decade Team after winning Super Bowl LIV. Through 111 games, he has recorded 612 catches for 7,881 yards and 48 touchdowns and boasts a net worth of approximately $20 million. That wasn’t always the case.

In spite of his significant first-year contract, Kelce was struggling to pay rent by the end of his rookie season. His spending was lavish and much of his money went to a Rolex and shoes.

“I’m a big sneaker fan,” he told Sharpe. “And the Marty McFlys — the ‘Back to the Future’ — the Nike Air Mags were the first purchase of kicks that I got. I knew I wanted ’em ever since I saw ’em self tie themselves on McFly’s feet!”

Online sale of the Nikes he purchased ranged between $2,300 and $9,959 when originally released but can be found running up to $65,000 in resale value.

In addition to his sneaker purchases, Kelce went to a local Kansas City jewelry store and got himself a Rollie. The standard entry price of a Rolex runs about $5,000, but surely his was well above entry-level. While his outfits were always on-point, Kelce’s apartment was nearly unaffordable and barren.

“I was walking into this empty apartment with Marty McFlys on and a rolex,” he said. “I felt like I was the coolest guy in the world.”

Most recently, Kelce signed a 4-year, $57.25 million contract, so he will be fine. But if he had to do it again, he told Sharpe that he would have managed his money better.

“All the young guys in the league, all the guys that have the opportunity to get that big first check from the NFL — save it,” he advised. “Find a financial advisor that you trust, that’s gonna do right with your money because I was searching around for car deals after my first year trying to just pay rent!”

Find the whole conversation with Sharpe and Kelce here: