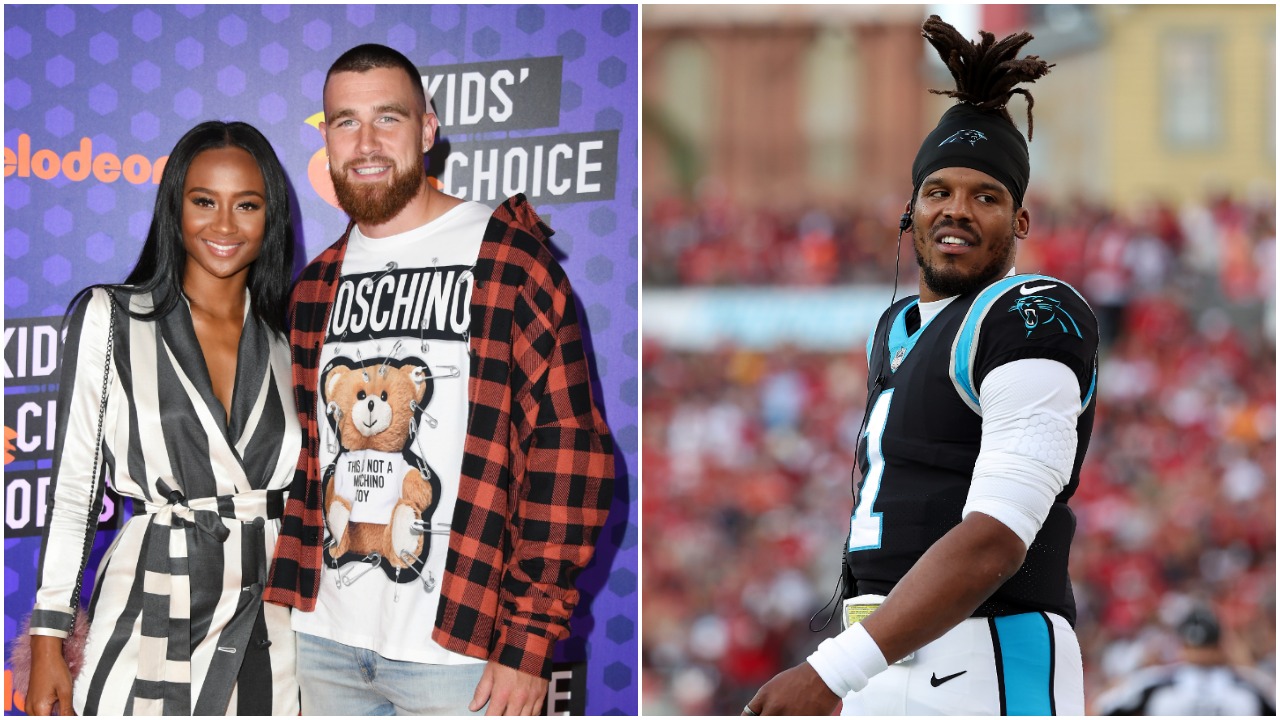 Travis Kelce’s girlfriend Kayla Nicole has a bone to pick with Cam Newton.

Earlier this week, Newton went viral after he appeared on Million Dollaz Worth of Game podcast and complained about women “who can’t cook” and “don’t know when to be quiet.”

NFL quarterback Cam Newton complained about women who "can't cook" and "don’t know when to be quiet."

"Now a women for me is, handling your own but knowing how to cater to a man’s needs." https://t.co/Dzw3QMtpwI pic.twitter.com/WdYsetopRJ

“I had a perfect, a perfect example of what a man was in my life by my father. My parents have been together for 36, 37 years now and it’s a beautiful thing,” Newton said.

“I grew up in a three parent household. My mom, my father, and my grandmother. And I knew what a woman was. Not a bad bitch.

“Now a women for me is, handling your own but knowing how to cater to a man’s needs. Right? And I think a lot of times when you get that ascetic of ‘I’m a boss bitch, Imma this, Imma that.’ No baby! But you can’t cook. You don’t know when to be quiet! You don’t know how to allow a man to lead”

Nicole saw Newton’s comments and immediately blasted him by calling the NFL QB a “bozo.”

The obsession with women being able to cook is truly comical. Cause it’s like if your palate is so superior date a Michelin star chef then bozo.

Pretty sure the average woman is capable of making edible food. How do you think she’s survived thus far?

It’s really not a matter of can she cook – it’s more like does she want to cook for your hungry hippo ass. 🙄

That man ain’t had a job in months. He has nothing but time to “be quiet” and get that ass in the kitchen. pic.twitter.com/Wbm7qFkSUu