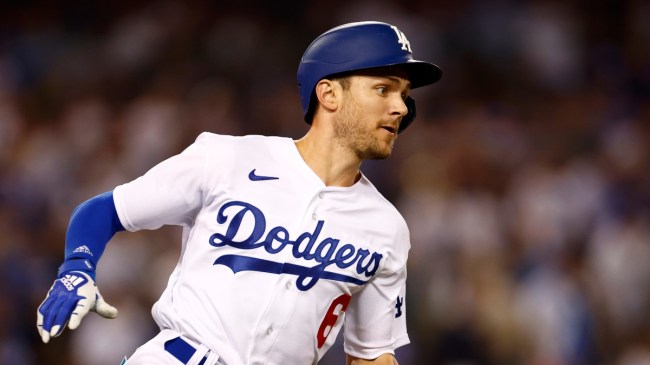 The MLB free agency period is in full swing as players are signing deals left and right. In the latest development, superstar shortstop Trea Turner finds himself with the Philadelphia Phillies after signing a massive contract. He now rejoins Bryce Harper once again and it has Philly fans freaking out about it.

According to Kiley McDaniel, Turner signed a whopping 11-year, $300 million contract with the Phillies. That’s a huge commitment for both Trea Turner and the organization. After falling short in the World Series to the Houston Astros, the front office is making the necessary moves to remain relevant.

Source: Turner is getting 11 years, $300 million with a full no trade clause https://t.co/mvpDfFLrHb

On top of that, fans are extremely excited to see Trea Turner rejoin Bryce Harper. They began their careers with the Washington Nationals and are now teaming up with the Phillies. Even ESPN created a graphic to share the enthusiasm.

Phillies fans are ecstatic all around. Philadelphia is going to be a problem next season, as they have some serious power at the plate. Especially once Harper returns from his injury. For that reason, the fanbase is loving this Trea Turner signing even though he signed a massive contract.

A DEACDE OF BRYCE HARPER AND TRAE TURNER. LFGGGGG. PHILLIES UP NEXT.

11 years is a long time but Phillies fans are happy with the deal.

The LA Dodgers might have let a good one walk away.

We’ll see how it plays out for the Phillies. For the most part, the fans love the deal as well as the fact Trea Turner is back with Bryce Harper.