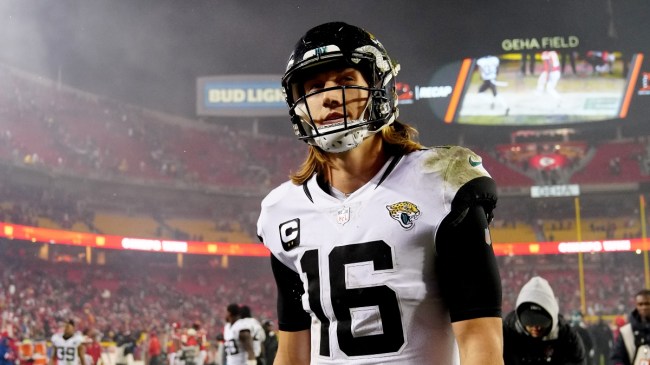 The Jacksonville Jaguars went on a brilliant win streak in the regular season to steal the AFC South crown from the Tennessee Titans.

However, their playoff journey was cut short by the Kansas City Chiefs. Now, Trevor Lawrence does nothing but boast confidence after the tough loss.

According to ESPN, the Jaguars quarterback was frustrated with the loss. However, that didn’t stop him from exuding confidence about his team’s chances next season. Trevor Lawrence went, saying, “We worked so hard to get here, and nobody thought we were going to be here, and we had our shot — and that’s what hurts. We’ll be back. I’m confident in that. This is more the beginning than it is the end of something.”

That’s likely true for Jacksonville. The team was wildly successful compared to last season. Additionally, Trevor Lawrence was starting to look like the generational talent we all knew he could be. The Jaguars are in good hands with Lawrence leading the way.

It’s also a good sign that his teammates share the same mentality. As Lawrence claims, “This is just getting started for us. We got a taste of it, and guys are already hungry to get this opportunity again,” per ESPN.

This will be an interesting offseason for the Jaguars. They have a real opportunity to set themselves apart from the rest of the AFC South. With a franchise quarterback under center, look for Jacksonville to get aggressive in the offseason. We could be witnessing something special with Trevor Lawrence leading the way.