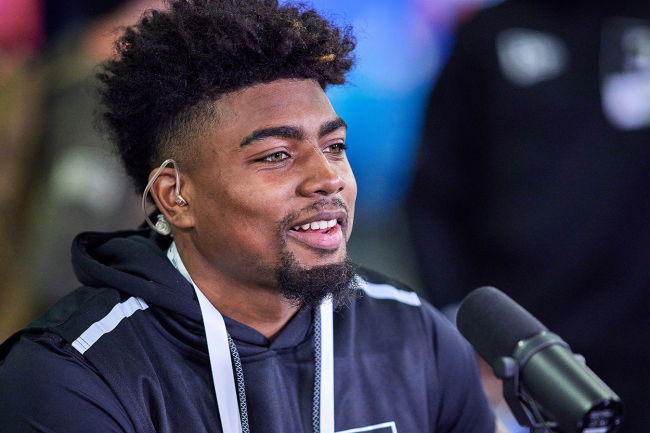 Treylon Burks is Arkansas epitomized. The 6-foot-3, 225-pound wide receiver spent the day before the NFL Draft doing the most Arkansas thing possible and it was awesome.

Burks, who played three years at Arkansas, grew up in Warren, Arkansas. His hometown sits in the southeast corner of the state with a total population of 5,453, so everybody knows everyone and they all live life simply.

After two years as a second team All-SEC selection in his first two years in college, Burks had a breakout year in 2021 and was named first-team All-SEC. He recorded 1,104 yards and 11 touchdowns on only 66 catches— an average of more than 16 yards per catch.

As a result of his incredible year, Burks skyrocketed up NFL Draft boards. While there was a chance that he could hear his name called in the first round, he and his camp chose not to attend the draft in Vegas despite being invited.

Burks wanted to watch with his whole family.

Thus, while some of his Day 1 and Day 2 counterparts were getting suited up to walk the stage at the Bellagio fountain, Burks was not. He was home in Arkansas and spent the day leading up to the NFL Draft out fishing.

Not only did he catch a fish, Burks caught a lot of fish.

Treylon Burks spent the day before the #NFLDraft in the most Treylon Burks way possible pic.twitter.com/2G0dhCnrZ0

Wherever the Arkansas standout ends up, he is going to be an instant impact pass-catcher. The team that drafts him is going to catch its big fish— Burks.