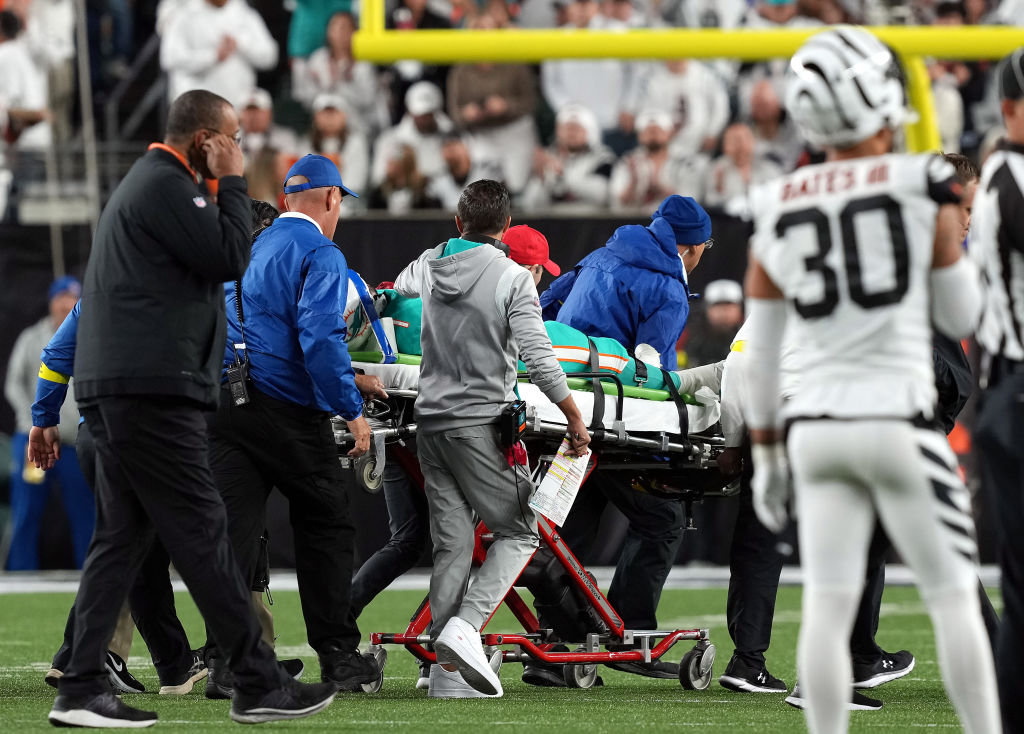 Tua Tagovailoa will be allowed to leave the hospital and return home hours after suffering a scary head injury on Thursday.

During the Dolphins’ Thursday Night Football against the Bengals, Tagovailoa was carted off the field after hitting his head on the ground.

Tua just got slammed and is down pic.twitter.com/6hzRekleI7

Tua was immediately transported to the hospital for evaluation.

Hours after the injury, it was announced that Tagovailoa was being discharged from the hospital and would be allowed to return home with the team.

Tua Tagovailoa is expected to be discharged from the hospital and the Dolphins believe he will return to Miami with the team, per the broadcast. GREAT news. 🙏🙏