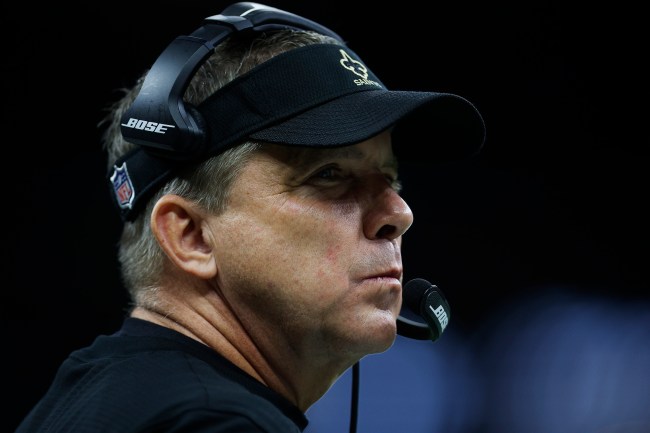 Over the last few years, we have seen an arms race between television companies as they try to maximize their ratings on football broadcasts. Now, that competition could lead one television network to try to lure a prominent head coach away from the sidelines.

Interesting stuff here from @AlbertBreer. Sounds like the television networks are seriously interested in Sean Payton down the road. I’ve always assumed that’s where he’d end up when he’s done coaching. pic.twitter.com/7OIzpiR7qy

With the money that’s been thrown around for guys like Tony Romo, Jason Witten, and Greg Olsen, we could only speculate on what might be given to Sean Payton to attract him away from the Saints.

Right now, Payton is fighting to get his team into the playoffs. The Saints are currently 8-8 and could make the playoffs with a win and a 49ers loss. If the Saints were to miss the playoffs, it would be the first time since 2016.

Making the playoffs this season would be quite the feather in Payton’s cap. He has been without Jameis Winston for more than two months since he tore his ACL. He has also had Taysom Hill miss time because of injury and play through injury in other games.

Alvin Kamara was also unavailable for a chunk of the season and Michael Thomas never saw the field this year.

I doubt a season where he faced this many obstacles would be how Payton wants to end his coaching career. It’s also likely he’d be interested in chasing one more ring before he calls it quits.

However, you never know if the allure of that network TV money could be enough to get Sean Payton to change careers.