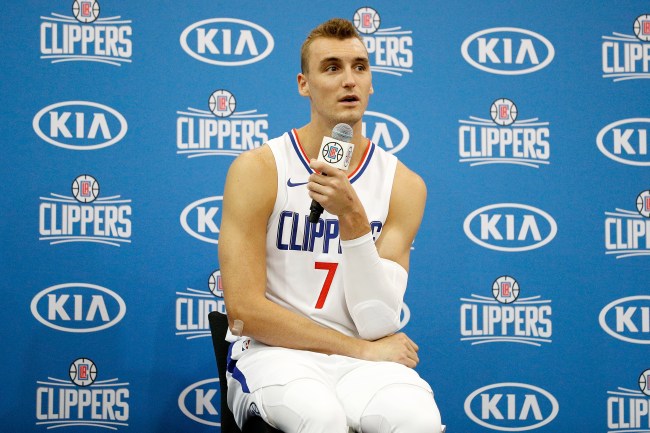 Back in 2014, one of the most famous Twitter arguments in history took place when a dude drove to Temecula, California to fight a stranger after some comments about Kobe Bryant. The internet lost its damn mind over the idea that some stranger would get in his car and try to go fight a stranger over some shit said on Twitter, and the idea that it would ever happen again was almost unfathomable until yesterday when, well, it happened again.

It all started with Los Angeles Clippers forward Sam Dekker dropping some since-deleted tweets in which he appeared to claim that he’s proud AF to be white:

Sam Dekker. This is not the hill you're looking for. pic.twitter.com/ujbPetuOrw

From there, some dude named Matt Bilinsky defended Sam Dekker and said the Twitter mob was grabbing their pitchforks and would soon be coming for him. After that, he challenged some user named @Sreekyshooter to come fight him in Los Angeles and he took is so damn far that he bought this dude a plane ticket from San Francisco to Los Angeles:

White culture does exist, it just involves getting big mad over jokes about white fragility pic.twitter.com/BWsJh2G3G1

Anyways if you wanna test my fragility i got a plane ticket for you to SoCal. Lemme know https://t.co/ayTvTRe8on

If you don’t cancel in the next 24 hours I’m coming, make a brunch res for us too pls

does anybody in hawaii have strong opinions about sam dekker

Sam later tried to walk back his comments after deleting his tweet, saying that people were trying to twist his words above, but you can judge for yourself what he meant based on that deleted tweet.