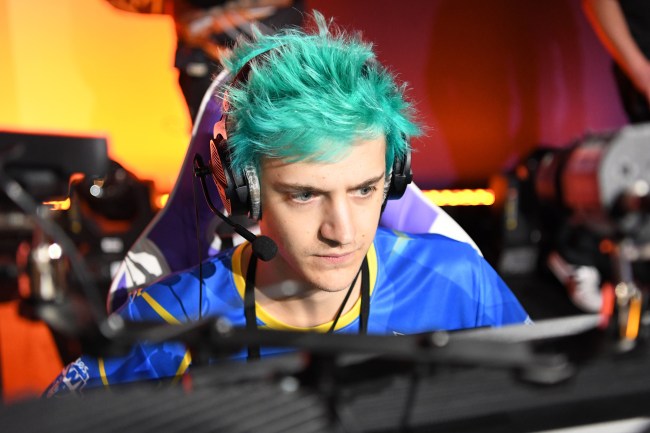 I am not sure how to feel about this. On one hand, Tyler Blevins, AKA Ninja, signing a multi-year apparel deal with Adidas, the brand’s first with a pro gamer, is kind of cool because it shows you can play Esports and don’t have to be a star of the NBA, NFL, etc. to land an apparel sponsorship deal these days.

On the other hand, someone who sits on his butt and plays video games, even competitively, just signed a multi-year apparel deal with adidas?!

Actually, that also might be a positive. I think I might be down with this move the more that I think about it.

“I remember when people used to ask me whether I could actually make a career out of gaming,” Ninja wrote on Instagram. “I remember when people used to tell me this would never be ‘real.’ There are no shortcuts. Only long days. Never let anyone tell you that you can’t catch your dreams. Choose your path. Put the TIME IN. I’m humbled, and excited, to officially announce my partnership with @adidasoriginals.”

“The partnership marks the sportswear brand’s commitment to gaming, blending the physical and digital worlds to help creators achieve their best,” the company said in a statement. “Adidas officially welcomes one of the most prolific gamers and content creators in the world to its family.”

CNN reports, “Details of the partnership have not yet been announced, but Blevins said during a Mixer stream that they would be released soon.”

So, I guess… stay tuned?

In the meantime, a select few people are already getting a taste of the upcoming Ninja x adidas gear. They’re just not letting us see.

Just got a little something from @adidas for the @Ninja x adidas partnership! Let’s gooo! #Timein pic.twitter.com/d82Tq6GxaT