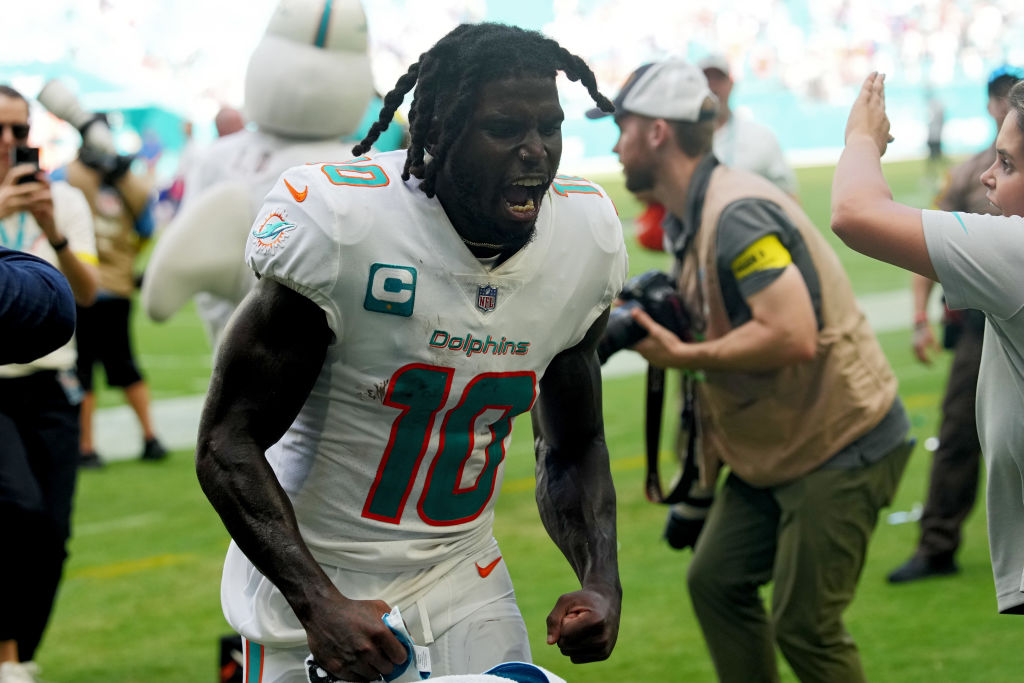 Tyreek Hill has a beef with a Bengals coach.

After the Dolphins’ loss on Thursday, Hill spoke to reporters and claimed that an unnamed Bengals coach had disrespected him.

Hill vowed to find the coach and settle things “mano a mano.”

Tyreek Hill said a a Bengals coach said something to him during the game that he didn’t appreciate:

“Whichever coach that is, I’m gonna come find you bro … me and you gotta have a mano a mano conversation. ‘Cause at the end of the day I felt disrespected as a man.”

Tyreek Hill was unhappy with an unspecified Bengals coach who spoke to him in objectionable way. Hill declined to say what was said, but told CBS-4 and others that "whatever coach that is, I'm going to find you and have a… conversation. I felt disrespected as a man."

Before the game, Hill had called out Eli Apple by telling him “I owe you boy.”