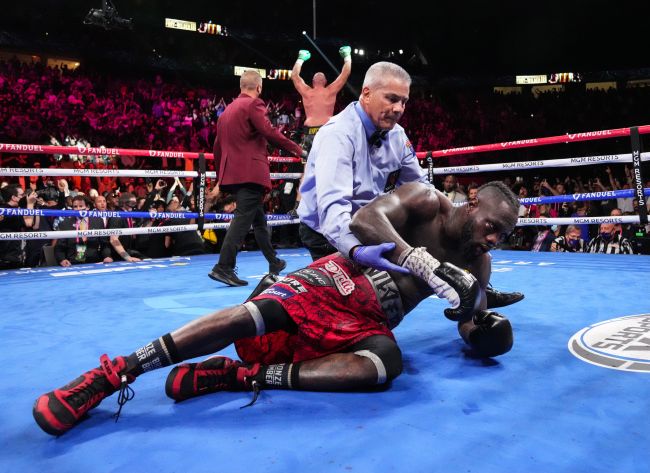 After his big win on Saturday night, Tyson Fury blasted Deontay Wilder for refusing to shake hands with him following their fight.

“We fought like two warriors and I went over to shake his hand and say well done and he was like, no I don’t respect you. How can you say I’ve cheated when you know in your own heart, and your whole team knows that you got beat fair and square, he’s just a sore loser in boxing, I’m sure he’s not the first one and he won’t be the last one”

Thanks to ESPN we now have video from inside the ring of Wilder telling Fury “I don’t respect you” and refusing to shake hands.

Clear audio of Deontay Wilder telling Tyson Fury “I don’t respect you” after The Gypsy King gives him big props. After such an emotional defeat and build-up, I can understand not shaking hands but to say that? Shame after the tremendous courage he showedpic.twitter.com/KgFyQIpFiE

This is definitely not a good look for Wilder but in his defense he was concussed and knocked down to the ground a few minutes before this video was taken.