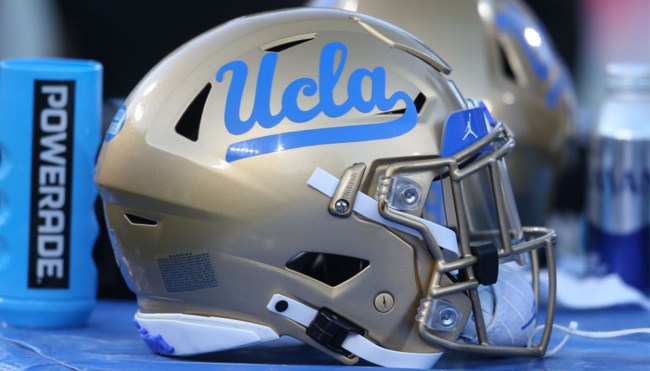 Based on how many bowl games have been called off thanks to the health issues teams around the college football world have been grappling with, it wasn’t exactly shocking to hear UCLA was forced to withdraw from its scheduled contest against NC State in the Holiday Bowl on Tuesday.

However, the manner in which the Bruins handled the situation sparked a fair amount of controversy, as multiple members of the Wolfpack expressed their frustration with the last-minute cancelation and NC State athletic director Boo Corrigan was not shy about putting their opponents on blast for calling off the contest just a few hours before kickoff.

UCLA also caught a fair amount of heat for taking a trip to Sea World and visiting a naval ship docked in San Diego in the days leading up to the game, which probably didn’t do much to help prevent the uptick in cases that led to the Holiday Bowl being called off.

However, I have a feeling that backlash will pale in comparison to what the program will be subjected to following a report that surfaced on Wednesday morning. According to reporter Cory Smith, multiple sources claim the Bruins sent their equipment team to pack up the locker room at Petco Park hours before notifying NC State or game officials about their inability to participate in the showdown.

UCLA did not let anyone from the Holiday Bowl or NC State know until hours later. NC State was informed just after noon. By that point, UCLA staff was leaving Petco Park.

That, my friends, is the textbook definition of a “dick move.”